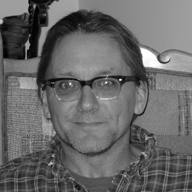 March, and the birches have been
back flipped again and some grackles
rehearse for this blackest of pageants.
I'm always renaming what I can't figure out—
this red flame I produce always
trying to dispatch with most doubt,
while the whitest flesh of my memory
saves my past from the scrap heap.
Instead of a pen and some paper
I exhume a Charles Simic poem
from the pocket of my coat.
I too am disowned. Oft beguiled.
Sometimes little but the spark
of the self brushing up to its shadow.
That part of me that will never buy
into the wind or its acknowledgement,
the crowds exiled into the streets—
that when presented with some kind of gift
must file it away until it can be taken
up again when my hand is another's.

I counted all the secrets on the tablecloth
like leaves I'd forgotten, half-green and half-fallen.
Haven't we sat here long enough—your specter left
unchecked, nothing said scarcely seven years later?

A captive, I had hid, nothing better can be said of it.
Without the benefit of distance, a window ever the same.
Years later I yearned, my heart winning, unmade,
apparently not unagreeable how it gave way to blame.

It was like this, the muted years spent in allegiance
to one love unlived, this biography devoid of dreams;
I watched the moon's expiration, his arm under mine
remembering the turtledoves, the hushing streams

till at last an invasion of evensong, an anonymous beach
where sorrow, unknown and past-pale, looked to night.

*retrieved from Alison Harville's “Unrequited,” Joseph Brodsky's “Exeter Revisited,” and “Anonymous Night Faces” (Alison Harville's found poem from The Cockatoos, a collection of short stories by Patrick White) and composed in the spirit of Rilke.

Half-choking on apple-spit,
its tang and suggestion of summer
backing up, stinging my throat,
I can offer little but coughing,
my hacks echoing off in the forest,
where some crows have awoken—
row after row of black banners
infiltrating the nearly bare branches.
With my sight blurred by tears
it seems the birch trees now waver, trying
to figure after so many ghost-starts.
My chest feels projector-slapped,
picked over by the lens of some past.
One could do worse than the council of light.
But first, we must see to the fruit-
its skin the mock-red of a newborn,
its insides, almost document-white—
for before we'd become flesh we were spoken,
then once flesh we could only try talking
our selves back to mattering again.

I came in where the light spoke
with this darkest of accents
I came in where you're leaving me
the letter of someone who once had left you
afterwards hardly stirring the birches
as I passed through the park
where these butterflies stalled
on a statue of the Virgin and the Infant
I came in where the cockatoo's
bb'd off of its perch to stage right
where the young woman's sprung
from her missionary dress
w/most if not all of her doves spent
I came in again where her ankle
socks are no longer blushing
the light figuring in everything
except for where the angels
have tightened their thighs
and the shadows catch up
on their own neglected genius
I came in where you talked about leaving me
if only you had more of me in mind
where I'm deep in the slot-black again
and any dream could be had
nearly five to a feather
until they are shushed into accomplices
peek-a-booed into dependable truths
I came in where each green had been lost to itself
more this memory of a lushness so lush
that the doves in these leaves hyperventilate
I came in where I'm awoke
for that one token poem
where the trashed heart is loved again
chalked into its ghost on the sidewalk
and where the worst of my fears
has been devoured by another
I came in where we are these two knots
back to back with our cigarettes ad-libbing
through this film we will always be
more and more intimately known.