"What Came After She Left Him" by Stefanie Freele 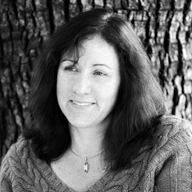 Stefanie Freele's short story collection titled Feeding Strays will be coming out with Lost Horse Press in September 2009. Her short fiction has appeared or is forthcoming in many magazines, including Glimmer Train, American Literary Review, South Dakota Review, Literary Mama, McSweeney's Internet Tendency, Westview, and Talking River. Stefanie has an MFA from the Northwest Institute of Literary Arts: Whidbey Writers Workshop. After receiving the Kathy Fish Fellowship and serving as the 2008 Writer In Residence for SmokeLong Quarterly, she joined their editorial staff.

Stefanie Freele's Website
What Came After She Left Him

I.
Upon receiving the eviction notice, Whit doesn't own a gun or bullets, but stands in his kitchen pointing at things and going “Ka-boom! Ka-boom!” He opens fire—“Puhpuhpuhpuh”—in the kitchen, pounding the refrigerator, killing the cabinets, and demolishing the stove. The room remains intact. Not feeling enough liberation with his trigger finger, Whit eases his now ex-girlfriend Sharon's filet knife, a gift from him on Valentine's Day, from its unused matching set and threatens the furniture.

The futon couch and end-table do not shrink in fear despite his intention to kick them, so he turns toward the window, and studies his boot for the potential boot/glass damage ratio, finally declining the possibility. Whit slides open the glass door and steps out onto the deck toward a pumpkin. “Yahhhh.” He chops it in half easily, without strength, as the blade is sharp—he sharpened them himself the day before Valentine's Day and several times after, sharp enough to slide through a human neck in a single blow.

The eviction notice comes in the same week as the water shut-off letter, the pink Pay Now! electric bill and the 24-hour telephone disconnect card. Calm yourself, he says in his mind, you're not as trapped as you think, time to go collecting. He reaches for the phone. “This is Whit. Anytime you want to settle that bill, I'd appreciate it.” “Whit here. Case you already sent that check, disregard this call, if not, please send it right away. In fact, call me. I'll pick it up.” “Hi. Trying to clean up the books.”

Sharon's main complaint was money. Whit's philosophy: get enough to get by and have lots of days off. So what if she paid more toward expenses. He took her places she'd never been: camping on the mouth of the river, hiking along the creek. He brought her coffee in bed every morning, gave her backrubs, wrote songs for her and sung them by the rock fire pit he handmade in the back yard. He did one thing worth more than all her paychecks: he listened.

II.
His notebook—which functions as an accounting ledger—because for a self-employed guy, a simple notebook does the job, indicates cash due from customers totals more than he needs to break even with the landlord. He puts off the final call, making coffee first, and protects his belongings by stashing the knife in the side of a rope bag.

Nora Schwartz, real estate salesperson, one of the wealthiest people in the county, owes him the bulk of the money. The notebook indicates she owes a growing amount for five months. No wonder she is wealthy. However, since she has that way of talking don't you ever wash your truck? can you make this look as if one of those big professional companies did the job?, as if his job, trimming and felling rotten and dangerous trees, is beneath her social status, he prefers to deal with her in writing.

Nora is also Sharon's aunt. Sharon pushed him to work for Nora, “She has lots of connections.”

After sending all those invoices and reminders, still no money received. The only acknowledgement was a call right after the third bill. “It couldn't have taken four hours for what little work you did.” But Whit set her straight. “Try to find someone who will work cheaper.” The other calls were sweet. “Whit darling. Need a little clean-up on a home on the West side, maybe two hours.” All her “shouldn't take much time” calls meant a few days worth of work, and detailed bills, proving every moment of work, down to the most ridiculous detail. “72 branches drug to truck, 37 minutes driving time to and from dump, 4 logs cut into firewood totaling 54 pieces.”

He paces, practicing what to say. Punching the numbers, he hopes Nora can feel the aggression in his dial.

“Can't wait any longer. I'm coming by to pick up a check.”

“I'm glad you called. A tree fell almost on a Colonial. Imagine how that would have affected the sale.”

He counts his dirty fingernails before speaking, a technique he learned long ago to use with the rare difficult customer. “Before I do anything else for you Nora, I need that money. Five months worth.

She snorts. “Wrong. You've only worked for me a few times.”

“Yes, I received them. They were so inaccurate. I'm sure you'll square away your books one of these days. Anyway, let me give you the address—”

He feels an ugliness shift inside him, rather like the gradual slide of snow on a windshield. “Give me the address when I pick up the money.”

“Whit, don't be silly, we can deal with this later. All you do is chop branches down, can't be that much.”

She laughs as if he suggested having the moon take over his accounting. “No. I'm leaving and won't be back until the Rotary Club dinner; everyone will be here in two hours, the cooks are preparing. We're having duck. Can you believe it?”

Ducks. Hard to believe? Whit hangs up with his thumb. That small move feels better than slashing the pumpkin.

Sharon had said she wanted to cook more. He spent a lot of time reading about knives, searching for the top-of-the-line set. A stupid top-of-the-line set that she left, along with three cartons of plain yogurt and plastic bag with one grape in it.

He hoists a Husqvarna chainsaw into the pickup. The longer he drives, the more his mind turns over Nora's laugh. “All you do is chop branches.”

He pulls up in front of her white pillared home. Nora's black Lexus is pulling away, Nora at the wheel, a man and another couple inside the car. She pulls aside Whit and flits her hand, a flit to dismiss him, “Another time Whit. I'm giving them the neighborhood tour.”

He holds out her detailed bill.

She speaks to the people in the car. “This neighborhood is filled with professionals. Doctors, lawyers.”

As she turns away at the corner, he pulls into her driveway. With giddiness he slaps her invoice on the hood of a deep blue Rolls and holds it down with a strip of duct tape. Cooking smells waft from the kitchen.

He reaches for his door handle and then hesitates; in the midst of Nora's opulence, the handwritten yellow invoice flaps in the wind while the Rolls gleams. Yellow was Sharon's favorite color. She drove a yellow VW Bug with yellow spotted car seat covers and wore a yellow bathrobe. Blooming courage spreads throughout his being. Grinning, he removes the filet knife from underneath the seat. In less than three minutes the conical shapes of the bushes lining the driveway are reduced to whittled stubs.

After revving the chainsaw, he heads for the Italian Cypress lining the other side of the driveway. Feeling tranquility he hasn't experienced in months, he hacks off the limbs on the left side of each tree.

Sharon could never understand the joy of working outside, the liberation of his art. By God, he loves his job.

The grapefruit trees, seven in the front yard would need climbing spurs. Whit climbs the first, saws the leafy branches, leaving a skeleton. A woman steps out the side door, wearing an apron. He waves his gloved hand and she waves back, turning her frown to a smile. Whit rappels down and merrily trims three more. Each branch falls to the ground with a satisfactory swish.

While standing back to admire his work, naked trunks surrounded by strewn branches, dotted with yellow grapefruits, the Lexus pulls in. For just a moment, a pang of embarrassment flashes through his mind, until a screaming Nora leaps out of the car and bustles across the lawn in high-heels, slowing down her approach to awkwardly step over branches. Whit adjusts his climbing belt.

He turns. “You were right. This didn't take any time at all.”

“Wish you put that much energy into signing checks, Nora.” Whit stabs a grapefruit with the tip of the knife and holds the yellow roundness close to her pale face.

III.
He introduces himself to the other guys as Cliff. They don't bother with last names. They're working the crab boat for similar reasons: job burnout, avoiding women, skipping bail, needing a change or quick cash. “Just show me what to do. I'm good with directions.” He almost says I'm great with a knife.

The sea is rough, but not as rough as the guys say it'll get. The sky is darkening and the wind picking up. Cliff is looking forward to rough.

‹ "Just Like That," by Patricia Ann McNair up "Goodbye, Lucia Kim," by Tom Stock-Hendel ›