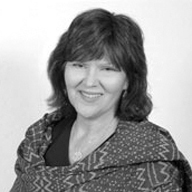 Stella Pope Duarte's first collection of short stories, Fragile Night, won a creative writing fellowship from the Arizona Commission on the Arts, and was named a candidate for the Pen West Fiction Award. In 2001, Ms. Duarte was awarded a second creative writing fellowship for her highly acclaimed, debut novel, Let Their Spirits Dance. Ms. Duarte's work has won honors and awards nationwide, and most recently her current novel, If I Die in Jurez, was selected as a Top Pick in the Southwest Books of the Year Competition. Ms. Duarte was born and raised in the Sonorita Barrio in South Phoenix.

Advertising Coordinator Veronica Martinez had the wonderful opportunity to interview award winning author, Stella Pope Duarte. Veronica said of the experience, “I was first introduced to Ms. Duarte's work in my Ethnic Women Writer's course. Ms. Duarte has written two novels, a collection of short stories, and poetry. It's inspiring to me that she has approached her writing in such a diversified way. It was her most recent novel, If I Die in Juarez, which compelled me to seek an interview with her. In this online interview I developed my questions by researching her current and previous works but I had the pleasure of hearing Ms. Duarte speak about her writing on two occasions. Ms. Duarte has a very natural ability to bring about the bigger questions in her stories; by creating real and honest characters she is able to captivate the reader and approach social and global topics that engage the reader on a personal level. Ms. Duarte was a most gracious and willing interviewee. I am very appreciative of her work as a writer and activist.

Superstition Review: Your author's bio on your website states that you began your writing career in 1995, after you had a dream in which your father told you it was your destiny to become a writer; discuss your career direction before this occurrence; had you considered becoming a writer?

Stella Pope Duarte: I have always loved literature, and have been a storyteller and reader since I was a child, but I never thought I would ever publish a book. As a child I "forced" my cousins and little nieces and nephews to perform the stories I told with the promise of treats. I have been an educator all my life, teaching in elementary schools, and eventually college and university. Also, I was a school counselor for high school students, and have found working with students very inspiring.

SR: Your most recent novel, If I Die in Juarez, is based on the brutal murders and rapes of over 400 women between the ages of 11-22 on the streets of Ciudad Juarez in Chihuahua, Mexico. Can you share how you were inspired to create a novel about the events taking place in Ciudad Juarez and can you expand how you approached your research for the novel?

SPD: I am attracted to helplessness. I can't stand it when victims suffer at the hands of evil and powerful people. The women brutalized in Ciudad Juarez are from the poor working class and have no voice, except that which we give to them. An article about three young women mutilated, tortured and raped and buried in shallow graves, touched me deeply in 2003 when I started research on my book. I was grief-stricken that such evil could exist, and thus began my commitment to this work, and my vow that I would have readers "walk in the shoes" of my girls. it was with this commitment that I traveled into Juarez many times over a period of three years to conduct interviews and walk the streets of the city.

SR: If I Die Juarez is centered on the lives of three young girls, Evita, Mayela and Petra and the struggles that they must encounter living in a city that is full of misfortunes and dangers. Expand on your creation of each character; was there a specific intention creating the characters as young girls, as opposed to young women?

SPD: It was important to show that the majority of the women murdered are young, and with this in mind, I determined to observe women I saw in Juarez, and from those "portraits" were born my three young heroines. Evita was created to show life in the red light districts and to identify women predators as well as the instability of a family residing in Juarez. Petra embodied the characteristics of a young girl working in the maquiladora, and she was to encompass the longings of the girls as they come into the city with expectations of making money to help their families survive in the midst of overwhelming poverty. Mayela was created to represent the Tarahumaras who are native to Chihuahua. Their culture is ancient and timeless, and reminds us that beauty can rise in the most humble and unassuming.

SR: In the book If I Die in Juarez, you explore the concept of machismo in Latin American culture (male authority and power assertion over women). Did you struggle with this concept while you created some of the male characters in the story? Was there ever a point when you became sympathetic to such characters?

SPD: Machismo is very troubling to me, personally. I have been victimized by it, and have seen its destruction in family members and others I have known. I also saw women predators in Juarez, and this I also had to reconcile with, finally deciding that those women also had a story to tell. On pg. 245, as Ricardo, Brisa's lover, is contemplating his loss of Evita whom he seduced and raped, I sought to look further into this heart: (now he had to contend with Harry Hughes)

"She was dangerous to him now, untouchable. However, Ricardo comforted himself with the thought that the American soldier would get the leftovers Then, in the next moment, Ricardo remembered Evita in his arms, and if he hadn't been a grown man, bred to be a macho, he would have wept out loud."

In Gustavo Rios's suicide, I likewise sought to give some sense of regret and guilt to this man for leading Petra into the terrible ring of murder that almost cost her, her life.

The gallant spirits of Estevan de la Rosa, and Luis Ledezma were also meant to show that men also have great hearts and feel deeply the destruction going on in Juarez.

SR: At the end of the Chapter 29, there is a point where Evita is holding her baby niece and whispers into her ear, “Don't grow up, Evelina. There's too much pain in the world.” I felt that this was such a powerful moment in the story. Given the overall context of the novel; describe the intended connection between reader and Evita with this particular moment in the story?

SPD: This is one of my favorite lines in the book! Evita is a very sensitive young woman, who sees beyond her own life into the lives of others. I met young women like her, who were more worried about others than they were about themselves. This sense of self-sacrifice is exhibited in Evita by her doing all she can to rescue her cousin, Petra, even though it might have cost her her own life as well.

SR: I recently had the pleasure of listening to you speak and in your presentation you talked about how we must first face the dark parts within in ourselves if we are to truly reach a place of love and knowledge. I really felt that while I was reading, If I Die in Juarez, the story compelled me as a reader to face these dark elements of human nature without turning away. How has the creation of this novel challenged that idea for you?

SPD: As a young woman I was deeply hurt and moved when I heard of the abuse and rape of young children. I would become quite distressed when I read stories of child crimes, to the point that I did not want to face this. As I gained in maturity, and challenged this dark part of human nature, I began to understand that I could NOT turn away from something so painful, and think that it would go away. I prayed, and gained strength to be able to counsel people who had been through rape and other forms of abuse, and as I gained in strength to face the darkness with LIGHT, the darkness began to scatter, as it always does when faced by light, and little by little I was able to stand up to my worst fears...and without my knowledge, I was being strengthened to write this book!

SR: In If I Die in Juarez, you approach many different social concepts, from globalization, injustice, women's rights, corruption and exploitation, in some very truthful ways. As a writer exploring these topics in your novel, explain your intended relationship with your reader? If there is one truth that you hope a reader can take from your story, what would that be?

SPD: My story is based solidly on facts. I would want readers to understand that poverty has many layers, that when a society is preyed upon for material gain and profit, unimaginable things can happen. The collapse of Mexico's corn economy; the reliance on maquiladoras, big corporations, especially American-owned moving into the border towns; the abrupt shift from a machismo life style to one in which the woman works outside the home; the over-population and increase of gangs, corrupt police, cartels and drug traffickers—all of these are the faces of poverty and the ruthless use of the poor to exact gains for the rich and powerful—the "untouchables."