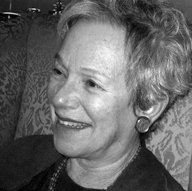 One afternoon that summer they stopped at a castle to beg. There were seven or eight of them; they had no coins, and there was no work that day to be had in the fields.

She had started out with three gold pieces. The Lady, weeping, had sewn them into the hem of her skirt the morning she left. But that was weeks ago, or perhaps months. The gold had been spent, had slipped away. Names too were slipping away.

The castle was ancient, a place built by the Goths. Bricks had fallen from its turrets. One entire wall of the courtyard was gone. Cows chewed on grass flourishing among the stones there.

Some old knight owned the place. A white beard, a hooked back. He managed to get by on his rents, someone said: to support himself, and his daughter, and a few servants. But he had no money for a dowry. The girl would go to the Clares, willy-nilly.

The daughter herself brought loaves to the beggars.

The maiden offered to bind her feet. A pretty voice. To join the nuns! It might be salvation to die unruptured. But she felt the waste. “Give me a poultice for my mouth,” she mumbled; and when it came she snatched the stuff quickly, averting her face to spare the girl the stench of her breath.

She felt the waste. For she had thrived on love. Long ago she had come to Verona from the North, a robust virgin, though even then poorly off for teeth. She had cast an avid glance at the Lord's birdman; and he, laughing, had grabbed her waist in his strong hands. The match was made. Women grow by men, she had playfully promised. It happened: a birth …

Near the dovehouse the bailiff had seen her, howling for the eleven-month-old babe she had lost. He brought her to his Lady. “She is clean and healthy,” he said.

“What did the infant die of?” the Lady inquired.

“Susan was too good for me,” she sobbed.

Susan was too good for me … The Lady liked that answer.

And so it began. Her full breast was given to the eager mouth of the Lady's new child; she earned a place of trust in the household. The kindly Lady was always making plans. The Lord was always ruining those plans. They called her Nurse.

The Family had never been far from her thoughts since that last morning when, with the Lady's coins weighting her hem, she had crossed the courtyard, shooed away the geese, opened the door to the street, and shut it behind her forever.

She thought of them now, as her little group wound its way downhill from the castle. She might be an old woman with pain in her gums, scuffling along with the other mendicants, but she felt herself again a favored servant in a mansion. Keys at her waist. A bawdy quibble forever on her tongue. Weddings on her mind.

She saw a man kneeling in a field near the road. He was pulling weeds. He wore a brown smock with a sagging rope. His nose and brow were bony. “A holy man,” she found herself thinking; and then she stopped.

He turned his head and looked at her. He slowly got up. She felt every ache for him—shoulder, hip, thigh. He walked towards her. The stone wall separated them, as if they were forbidden lovers. They talked across it. His lids were like linen. White hair had taken root in his ears.

She'd heard that he had become a hermit.

No, he had not become a hermit. But he lived here in the country now, under sterner rule.

He'd heard that she had been banished.

No, she had not been banished. She had left of her own desire. Almost immediately after the funerals the feud had begun again, as each family vied to build the bigger memorial. At night parties raged along the river. Young men still wrote stupid verses; girls still languished; husbands still scanted wives. All those deaths, and yet nothing had changed. The Apothecary had hanged himself.

She too had renounced ease, she rapidly continued. She prayed, sometimes, if she could remember the words. She found more comfort at hot roadside shrines than in cathedrals, for all their tapestries.

She told them about the flagellants she had seen—bloody matted men, wild of speech. He listened without attending, like a dutiful but sleepy child.

He blessed her as they parted. She walked away hurriedly, using her stick; she had to catch up with her companions. But she did look back from the curve of the road. He had bent again to his weeding. His cassock was bunched around his thighs.

His blessing sheltered her for a while. The little band helped gather the harvest here and there. They bound the hay. One morning a woman among them gave birth, but the child was born cold. The mother stared at a tree and would not be soothed. A man among them—a red-headed man, not overly clever—died in the middle of the night. He sat up and bleated and then fell sideways. In the morning they carried him to the burying ground of the nearby village.

She knew then that her time was coming. The mound of turned earth invited her.

She was feverish in the evenings. She was weak. The disease in her mouth had traveled through her; the rivers of her body had carried it everywhere.

She became unsure of what was happening, although she knew she was treated with kindness. They reached some town. Her companions moved on; but not until they had placed her in the porch of an abandoned church. Someone rolled a garment and put it under her head. She was covered with a rough cloak.

She felt stiff. But she was not in severe pain except for her mouth, and a place under her arm. Also one nipple was sore, as if the babe she had borne had again been pulling at it, or perhaps the other child.

Would someone bring her water?

Someone did. A woman of her own age, ill-favored and coarse. Did she want to be carried to a hospice? the woman asked. No, she said. This place—cracked columns, pocked tiles—suited her. When she raised her head she could see sheep on a hillside. At a hospice, with a Judgement Day to confront, her thoughts would have been lifted too high.

Too high? Strength filled her suddenly, and memory as well. Too high? She had spent her womanhood with the rich and mighty. She had been taken into their confidence. She had kept their counsel. They had tipped her; she clenched her fist, remembering the pressure of a coin. She had seen her lamb married, though in secret. Then the other suitor, the rich one, had pressed his plea. She had spied on him at supper; he wiped his hands after every course. She had spoken on his behalf; she believed that for the sweet girl—oh, the name, the name ran from her—that for the girl happiness lay with obedience. One night of passion could suffice for a lifetime—she had believed that, too.

Throughout the day she thought she heard the murmur of voices.

The woman who cared for her came back. Water, a change of the sodden clothing. Bits of harsh news. The plague was again alive. The hospices were overflowing. “You would do better to be carried off by the Black Death,” the woman said, lifting her head for a sip of wine. “It takes a day or two. This may take weeks.”

Please God, not weeks. She was dead and living both—resembling death though still alive. The smell of her excrement reminded her of infants. The stiffness in her limbs reminded her of the cold bride, dead and damned. But that innocent ladybird could not be damned—the holies must be mistaken about suicide. All were saved, even those who had pierced their own hearts. And all those saved were waiting for her. She could not remember what they were called, those who waited. But she could remember their faces. Her merry husband—his parts were merrier even than his face, she thought; and she produced a weak snicker. She remembered the fierce cousin, too—she had wept when he died. The lover's noisy friend. The suitor with such clean hands. The lover himself, who had swallowed poison. Romeo … And the girl. The girl …

On the last day, when she saw the spent visage of the woman who had come to tend her, she saw something else, too. She saw a soft golden childish face; and she knew she had endured exile and want and illness for a rapturous purpose. She would find Juliet … those syllables had come at last, unbidden. And she would find again the girl who had left her, that little girl, oh … “Susan,” she gasped; and died.

‹ "The Hypnotist" by Andrew Scott up "From Your Biggest LIttle Fan, Circa 1935" by Elizabeth Searle ›