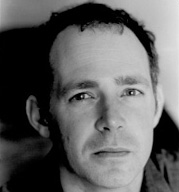 Brock Clarke is the author of four works of fiction—most recently the novel An Arsonist's Guide to Writers' Homes in New England, which was a national bestseller, a Book Sense #1 Pick, a Borders Original Voices Book and a American Library Association Book of the Year. His stories and essays have appeared in the New York Times, The Believer, One Story, New England Review, Virginia Quarterly Review, Georgia Review, Southern Review, and on NPR's Selected Shorts, as well as in the New Stories from the South and Pushcart Prize annual anthologies. He was a 2008 NEA fellow, and teaches at the University of Cincinnati.

Fiction Editor Rebekah Richgels interviewed Brock Clarke, author of The Arsonist's Guide to Writers' Homes in New England and The Ordinary White Boy. The author has an uncanny ability to take seemingly ordinary characters and make them engaging, with great depth and a good amount of hilarity. His candid responses show an author with a clear and unique point of view, and one from whom the literary world will be hearing much more.

Superstition Review: You currently teach at the University of Cincinnati. What has teaching creative writing brought to your writing that you otherwise might not have had?

Brock Clarke: I don't know that that teaching brings something to my writing, except the pleasure of talking daily with other writers about fiction, about the things we love and hate about reading and writing it, about all the problems and joys therein and of. These discussions probably do make my writing better; but mostly, they make me feel less lonely.

SR: What is one lesson you always try to impart to your students?

BC: I'd like to think there's more than one lesson, that I'm not just pushing the same button over and over again. But of course one thing I preach to writers in any class, at any level, is that it takes patience to write, or at least to get better at it, and it takes a certain amout of bullheadedness to believe that you're going to be a writer, that you have something to offer, to write about, that the world doesn't already have and needs, and in the same breath you need a sense of humility and openness to know when you're not writing as well as you need to, to listen to other people when they tell you how you might be writing better.

SR: Your writing seems to adhere to the principle, “write what you know.” How does this enhance your writing? Does it hinder it in any way?

BC: I'm sad to hear you say that, actually, because I try hard not to only write what I know, since I don't know very much. But I forgive you, in part because I take it you mean that there are certain basic elements of my biography that appear in my fiction: I was born in Massachusetts, grew up in upstate New York, and lived for a time in South Carolina before moving now to Ohio. It is true that all of those places appear in my fiction. It's also true that I worked as a journalist for a time, as well as a fiberglass worker and a college professor, and those occupations appear in my fiction, too. As do dozens of others that don't jibe with my biography: I was never a packing scientist, for instance, nor did I ever own and buy the city of Savannah or burn down any writers' homes. What I'm saying is, the least interesting, to me, part of my fiction is the autobiographical. I often use these facts as entry points into the fiction, as ways to get at things that matter more to me, things I don't know but want to.

SR: Who are some writers who really inspire you?

SR: In both The Ordinary White Boy and The Arsonist's Guide to Writers' Homes in New England your main characters are involved with or affected by newspapers. What are your thoughts on how so many papers are downsizing or going to online formats?

BC: Well, it saddens me, a lot. I don't know what to do about it. I don't know that anyone does, which is why the newspaper business is in the mess it's in. But I do feel certain that we'd be, and will be, in serious trouble without major print newspapers. I feel that the level of reporting and discourse will decline, for one. And it's already pretty lousy.

SR: You have written two novels and two collections of short stories. Which style of writing comes easier to you and which do you prefer?

BC: They're both really hard, for me, and I guess I prefer whichever style is easier for me at the time. This for a long time was short stories, and as a result I wrote a lot of them. Maybe too many, because now I'm having a harder time writing short fiction. Maybe for the better. No one says writing is, or should be, easy.

SR: Many of the characters in your stories seem to be in relationships where they are somewhere between happy and unhappy. What is the reason for this complacency?

BC: I don't know if it's complacency; for me, it's more a sense of my characters believing they deserve better than what they actually deserve. They expect a lot, but don't always put for the effort needed to meet their expectations. This sense of disappointment, this inability to settle for what might make you happy, is productive in a dramatic sense—for me, at least. Plus, I understand it; I empathize with it. A lot my characters think—like Sam in my last novel—"I want, I want" without considering what this wanting will do to the people they love, until it's too late.

BC: Did I really say that? Man, what an obvious, knuckleheaded thing to say. Anyway, I don't know that I have a method. Maybe I should come up with one. It is true that many of my characters often want to mistake their fantasy life for their real one. My method, then, if I could be said to have one, is to not let them get what they want, but not to utterly destroy their hopes in the process, either.

SR: Critics have called The Arsonist's Guide to Writers' Homes in New England “hilarious, smart, witty, philosophical, and deeply funny. Explain the role humor plays in your writing and in your reading.

BC: It's nice that people find my work funny. No complaints there. But it makes me happier when people talk about how the sense of humor leads to something else, whatever it might be. Because that's the way I think about humor in my writing: humor that leads only to more humor isn't worth much, the way reverence that leads to more reverence isn't worth much, either. But humor that leads us into subjects that really aren't that funny is the kind of humor I find sustaining.

SR: In The New York Times, a critic commented on The Arsonist's Guide this way: ”Although it is his fourth book, it feels like the bright debut of an ingeniously arch humorist . . .” How does “The Guide” fit in with your body of work? Where are you heading next?