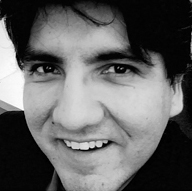 Sherman Alexie's awards and honors include the 2007 Western Literature Association's Distinguished Achievement Award and the 2003 Regents' Distinguished Alumnus Award, Washington State University's highest honor for alumni. His work was selected for inclusion in The Best American Short Stories 2004, edited by Lorrie Moore, and Pushcart Prize XXIX Best of the Small Presses. Alexie's most recent novels are Flight, released in April 2007 by Grove/ Atlantic, and The Absolutely True Diary of a Part-Time Indian, his first young adult novel, published in September 2007 by Little, Brown. Hanging Loose Press will release a new collection of his poems, Face, in March 2009. Sherman Alexie lives in Seattle, WA, with his wife and two sons.

On her birthday, in 1963,
My aunt and her friends drank antifreeze.

And though she's no masked superhero,

She recognizes me with some other sense
No matter how long I've been absent.

I can silently appear on her front porch
But she'll say my name as she opens the door.

where a Beautiful Black Girl from Seattle
(who was Cousin to an Indian boy who Bullied Me)
Leaned over my Pinball Machine and said, "I Want You,"
and Scared Me because I Suspected it was a Prank,
so I just Froze and Watched Her Creep into a Tepee
with some other Indian Boy and Shivered
with Regret, I Also Recall the Song Playing on the Jukebox

When other Indians want to give thanks
For my poems, stories, readings, and movies,
They often give me Pendleton blankets.
I think I own twenty-five or thirty

And actively use ten or twelve of them,
Which is, according to custom, rather odd.
Growing up on the Spokane Indian Rez,
I never saw a blanket leave its box

Because my mom thought they were gifts from God.

She was skinny and buttermilk-pale.
She wore her hair with a rattail.
And I knew I'd two-step to jail

For her love, which was the no-fail
Pick-up line that year. "Me in jail,"
I said. "Only you got the bail

To rescue me." She smelled like stale
Everything, and though I was frail,
I talked her into chucking the bale

And "later"-ing her Dad, a whale
Who thought everything was for sale,
Especially the sacred. So we sailed,

White Girl Angry, she dug her nails
Into my skin and said, "Why males
Have to heave and hove and dog wail

Such awful shit?" She was a gale—-
A storm through a trailer park vale—-
An F-5 on the tornado scale—-

And I wanted to aside her veil
And touch and memorize her pale
Skin like a blind man touches Braille,

And so I did. Damn, I went flail
On her breasts, and that tough rail
Of a girl went all weakness and quail.

I thought I was all rez-prevail,
But then she put on her chainmail
Armor and golf-ball-sized hailed

Me with this confessional tale:
"My Daddy is a goddamn Whale
Killer," she said. "Ain't no scale

To weigh his evil. His devil pail
Is filled to the brim." She wailed
Tears like anvils and then bailed

On me. She ran back down the trail,
And I ran after her, but I failed
To catch her. Her pain gave her sails.

And though I never saw her pale
Self again, I pray, without fail,
When I think of her stuck in jail,

Or maybe still walking powwow trail—-
A white girl, skinny, hard, and frail—-
And likely wed to a killer of whales.