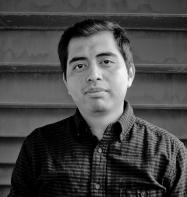 Rigoberto Jaimes Flores (Rigo Flores) was born in the country of Mexico. Flores currently works and lives in Phoenix, Arizona. Flores works mostly with the graphite and charcoal medium, but has recently started working with other mediums, including oil and acrylic paint. He has received an AA degree in the fine arts at Phoenix College and A BFA from Arizona State University. He has been included in several group exhibitions around the Phoenix area and had a solo exhibition for Phoenix Institute of Contemporary Art (PhICA) in 2015. Flores has had two solo exhibitions in Mexico in 2016.