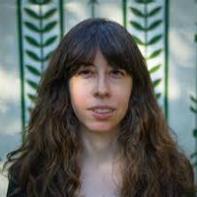 When she was young, her family moved along the New England coast, living in Martha's Vineyard, Nantucket, Maine, and even for a time in a lighthouse. She received graduate degrees from Umass-Amherst and Bennington College and was awarded a fellowship at the Fine Arts Work Center in Provincetown. She now lives in Providence, RI with her young son. Cities I've Never Lived In is her first book.

“Place to Place” an interview with Sara Majka

This interview was conducted via e-mail by Interview Editor Crawford Pederson. Of the process he said, “Sara Majka writes with a sort of quiet gentleness. Her prose is gorgeous and hushed. You will never be jarred out of your seat while reading her work but that is not her intention. She prefers to lull the reader into her stories and she does so masterfully. I am very happy she participated in this interview.” In this interview Sara Majka talks about newspaper clippings, destroying old journals, and hiding things from her brothers.

Superstition Review: Cities I’ve Never Lived In is a fantastic short story collection. Your voice flows wonderfully from story to story. What was your process for selecting the order in which the stories are presented?

Sara Majka: I spent a lot of time on that, trying to get a feel of continuity. I ended up putting them in mostly chronological order, so that it tracks the narrator's life. It was also--for the most part--the order that I wrote the stories in.

SR: The stories include references to homelessness, soup kitchens, and vagrancy. How did you write so deftly about the dispossessed without romanticizing their everyday struggles? Can you describe any challenges you had while writing homeless characters?

SM: After reading your question, I looked up the term vagrancy, because it typically has a negative feeling to it, but I wondered if it was inherently a negative term. Of course, you never quite learn anything for sure online and I wish I could look it up in my Oxford Dictionary, but I moved recently and haven't unpacked them. So I've now looked it up online at oxford.com which gives sample sentences that describe birds and whales as vagrant.

As far as homelessness in the book, the narrator encounters people who are homeless, but I don't think the book has a fully drawn homeless character. I think that would be very hard to do without experiencing it.

SR: What was the first story you wrote for this collection? How did it affect the rest?

SM: There were some early stories in the book that I wrote on their own, without thinking of them as part of the collection. The first story in the book, though, really felt like where the voice of the collection began. When I wrote it, I was on a fellowship at the Fine Arts Work Center in Provincetown, and I was trying to write a novel. One day I wrote what would end up being the first few pages of this book, and it came very easy, very naturally, and then I tried to mash it into the book I was writing, and that clearly didn't work, though it took me a while to realize this. It's hard to give up on three hundred pages of writing and to keep three pages. I would have preferred it the other way around.

SR: How do you get inspiration for your stories?

SM: I don't do this anymore, but I used to be obsessed with clipping things from the newspaper and taping them to my wall, and that's how a bunch of the earlier stories started. They would create a sort of mystery for me that needed detection. That was very much the case for a story like "Boy With Finch." The New York Times had an article about a folk artist and their photos of the paintings felt evocative, and so I hung the clipping on the wall and started to think through it. I was also, at the time, very fascinated with Maine, so a bunch of those early stories were also inspired by place. The later stories, I think, started to come out of the momentum of the work itself.

SR: How many times do you edit stories?

SM: I edit endlessly; things just get shorter and shorter. I feel like I'm probably at the extreme end of indecipherable/bad early drafts. Sometimes I feel like my stronger suit is editing.

SR: Can you explain your process for editing and how you deal with stories that don’t seem to be coming together?

SM: Oh, I'll just keep working at something. It is pretty easy to tell--once you put a story away for a few weeks--what of the writing is any good. So I'll look at the point of an early draft where the writing seems to have some life, and I'll just start writing there, ignoring what came after, and I'll keep trying to approach it that way until I can move forward for some duration. I'll work a piece for a long time before putting it away. I never really give up on something, but I do find that if I put it away for too long--for a few years--I can't get back into it anymore, so that's probably the only way that I'll let a story go. But probably, still, in the back of my mind, I think that I'll find a way to get back to it.

SR: I’ve recently read a memoir in which the author discusses looking back at her childhood journals and pulling information about her life from them. Then I read your February interview with apublicspace.com where you talk about shredding your childhood journals and I almost screamed at my laptop. What led you to the decision to shred your journals? Why did you feel like you needed to bring such finality to that part of your writerly life?

SM: Ha! It was my intention to cut up all my journals, mostly because I was tired of dragging those boxes every time I moved and because I wanted to move on from the sentiments in them. It was taking forever to destroy them, though, because I started to read them. Since I was destroying them, I felt--somewhat obsessively--that I should read them and then I had a baby and stopped the project and boxed up the remaining journals and imagine I will keep moving those boxes from place to place.

If I'm remembering correctly, there was a story that I kept trying to write, but couldn't get it right. I think by starting there, I got to summarize that failed story, so I got to use the material after all! But I also think it lets her get to the point, in a roundabout way, of telling the story about her father without it seeming maudlin.

SR: Several of the stories in Cities I’ve Never Lived In contribute to a longer narrative. How did you decide that this was a collection of short stories and not a novel?

SM: The longer narrative came naturally through the stories. It was a lucky accident that came together through the process and not from the start, where it would have made more sense to write it as a novel.

SR: When did you discover that you wanted to be a writer?

SR: What effect has travel had on you and your work?

SM: In the past i would often go somewhere as a way to think about a story. I am trying to write a story right now, and feel there's a place I need to go to in order to write it, but because of the circumstances of my at the moment, I can't go there. And I feel a bit like a...I don't know...I was about to say like something tethered, but that sounds negative, and I don't feel negatively about it. I just don't know quite how to go about things.

SM: My life is in slight upheaval now, as I had the baby and moved to a third floor apartment that has "unfinished" elements and for complicated reasons I moved my bed into the living room and most of my possessions are still in boxes and no doubt will be for some time. The staircase to this apartment was so narrow that I couldn't get my bookshelves up, so the books will be in boxes until I solve this particular problem.

You know, I grew up with two brothers and was often hiding the things that I wanted to keep nice, and recently I caught myself hiding the book that I was reading, hiding it under the pillow or under the bed so the baby wouldn't tear it up. It was strange to be back to that time again. Which is all to say that there is no writing space right now. Sometimes I am able to slip away to a coffee shop for a few hours. It doesn't have wifi, so it works really well, except crowd noise can be problematic. I have approximately 800 pet peeves in regards to noise, and one is the public listening to of audio without headphones.