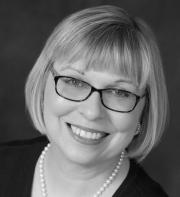 Debbie Hagan is author of the creative nonfiction book Against the Tide (Hamilton Books, 2004). Her writing has appeared in Boston Globe Magazine, Brain, Child, Pleiades, Hyperallergic, Don’t Take Pictures, the anthology Dime Story, and elsewhere. She is the book reviews editor for Brevity online literary magazine and visiting writing lecturer at Massachusetts College of Art and Design.

At Grant’s Camp, in Maine, fly fishermen sleep in log cabins, stoke fires in cast iron stoves, tie flies from partridge feathers, and steer wooden boats across the deep Lake Kennebago. In a lodge that smells of fried eggs and bacon, my hand curls around a mug, my face hovers over the steam and soaks up the warmth. I look out the picture window to a panoramic view of the lake, fog rising like a shimmery white veil. I watch my husband, Michael, load rods and tackle into his boat. I read his mind as he thinks about what the fish will be taking: streamer flies, maybe a gray ghost or black ghost.His boat looks like an antique, a traditional Rangeley built wide, ribs open to the inside, so it’s stable against the wind. I’m guessing it must have been made back when this place opened in 1905. I hear the kick of the motor, which putters and dies, putters and dies, putters and dies. Michael’s face moves in. He fires it again. This time the puttering rises, then lowers to a steady hum. The boat slices the silvery waters. The morning sun gilds my husband’s face. The lucky orange cap glints like a jewel, then disappears.

The Sun Also Rises lies on the table before me—the next read in my book group. Before this trip, I dug through my bookshelves and found my tattered, annotated copy kept from high school. I remembered the story and could still picture Jake Barnes, one of the disillusioned Americans living in Europe after World War I. Their lives revolve around drink, cigarettes, sarcasm, and debauchery. Jake is more the type to slide into the shadows and observe. All suffer in one way or another. Jake’s loss is unimaginable. A war wound has left him impotent. He’ll never have the woman he loves, Lady Brett Ashley. She’ll never have him. Still he clings to a romantic notion, love transcends the physical. He pleads, “Isn’t there anything we can do about it?” She replies, “I don’t want to go through the hell again.”

Outside my window, a hummingbird hovers like a drone, legs tucked-in tight, wings whirling over his metallic green body. His obsidian eye glints as he checks, then lights on the feeder. Wings stop. He tips from the hips. His black darning needle beak strikes a hole shaped like a daisy. Behind his head, tiny green feathers fluff into a crest.  Male: white shirt, gray vest, black collar, metallic red sash. His throat feathers ripple as he sits upright, head back, forcing the sugar water down. A male dive-bombs, knocks him off, steals his perch. Another one dive-bombs. Down that bird goes. A vicious air war ensues. Fueling, dive-bombing, fueling, dive-bombing. The females hang onto the nearby branches and watch the display. They find it oh so titillating.

Hemingway ponders this question: What makes a real man?  Does he prove himself, win the war? Does he become the best shooter, catcher, killer, boxer, trophy winner? Or does it happen another way…less seen…felt more deeply in the heart?

To catch a fish, Michael tells me, you must think like the fish. You have to know the fish and its environment. You must know the water: the temperature, wind speed, stream flow, native bugs, and hatches. You must imagine what the fish sees when your fly hits the water. It has to look and act like a worm or a bug. It can’t be too jerky. It can’t be too fast. Not too slow either. If it doesn’t seem natural, you’ll scare the fish. They are smarter than you think.

I spot a larger, duller hummingbird on the feeder. A female. As she sips the sugar water, another female edges beside her. Then another. Three females in a row! Like old friends they sit feather-to-feather, bobbing their heads, sipping their strawberry wine. To attract a female hummingbird, a male must dive—a spectacular fifty-foot U-shaped swoop. If the female likes it, she may join in. If the couple finds they’re in sync, they’ll pause on a tree branch for a four-second “date.” Afterwards, the male flits off.  The female builds her nest, sits on her eggs, and raises her chicks, while the male continues on with his Casanova rendezvous: diving, preening, and flashing his metallic chest feathers. He pushes forward, never looking back.

In Pamplona, at the Spanish bullfights, Jake and Brett sit among friends. When the matador prances across the arena in his tight green trousers, stretching like a glove over his muscles and buttocks, Brett coos, “Isn’t he lovely?” She’s far more impressed by the green trousers than by Jake, the bull, or even the fight. He’s just a boy—nineteen or twenty, Jake reminds her. Irrelevant. Brett knows what she wants. When the matador flashes his cape, she swoons. A friend whispers to Jake, “I believe, you know, she’s falling in love with this bullfighter, chap.” There’s no stopping Brett. By midnight, she’s leading the boy to her bed. There’s nothing left to do. So Jake accepts it, like a man.

Dive-bomb. A male hummingbird knocks the females down. They rise to the birch trees. They sit and wait.

It takes a lot of energy to flit, swoop, and dive-bomb at the speed of hummingbirds. Thus, they feed every few minutes. A hummingbird’s heart runs at  500-1,200 beats a minute. A human heart beats more slowly, like a steady drum: 70-100 beats. It can go as fast as 240 beats, but then blood circulation decreases. Oxygen decreases. Then the human heart suffocates and gives up.

When the fiesta in Pamplona ends, the Americans leave—all but Brett. She stays with the boy. Jake retreats to the quiet village of San Sebastian, where he rests in solace and tries to soothe his aching heart.

A telegram arrives. It’s from Brett: In trouble.

My husband was never the type to swoop, dance, flirt, or make grand gestures. Though I do remember a pair of red ski pants I liked. I remember him as the enthusiastic boy, plunging headlong down the ski slopes: fast, untethered, always glancing over his shoulder at me. I’d lure him over to the wide, safe cruisers. He’d shepherd me back to the steep, windy, narrow bumps. If I slowed, he waited. If I fell, he picked me up. This dance formed the rhythm of our lives.

The sun lowers over Lake Kennebago. I scan the lake for the umpteenth time. Pink fluorescent rays scatter over the dark water. I look for that Rangeley boat. I listen for that sputtering engine. I worry as the shadows grow deeper. A loon wails. It’s how these birds find one another. In their haunting, fluty voice, they call, I’m here. Where are you?

Jake rescues Brett. He’s honest and true. He’s the one man whom Brett can count on. He casts no blame. He knows his flaws. He knows hers too. He hopes this time she’ll see, they’re meant to be together.

The waters of Lake Kennebago turn steely gray. The female hummingbirds ride the thin, cold birch limbs. They watch. They cling. They wait.

In my younger days, a co-worker and I used to add levity to our day by exchanging snarky quips. We’d pass each other in the hall, then one or the other would mutter under her breath: “Life is long and then you die.” The other would immediately crack up. We’d go do this three, maybe four times a day. This struck us very funny until one of our co-workers died.

Now I search the lake for the orange cap. I strain to hear the putters of the boat’s engine. I hear the old joke in my head: Life is long, then you die.

I remember standing at the top of the mountain, looking down the cliff and seeing those red ski pants and my husband’s gentle face squinting into the sunlight. He waited. It didn’t matter how long. He’d stand there and wait until I was ready to take a chance, ready to throw my body over the cliff, ready to grow stronger, ready to abandon all fears and just commit.

My heart thumps slowly, steadily, echoing like a tribal drum. I’m using my frail human powers to send vibrations across the darkened waters: I am here. Where are you?

‹ Nonfiction up "The Marriage Essay," by Denise Emanuel Clemen ›