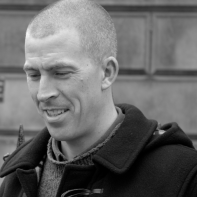 Thomas Legendre’s previous work includes The Burning (a novel), several short stories, and some critical and creative essays. He has also written Half Life, a play performed as part of NVA’s art installation in conjunction with The National Theatre of Scotland, and a radio drama entitled Dream Repair for BBC 4. Most recently he has completed Living in the Past, a novel involving archaeology, music, and time travel. He is a Lecturer in Creative Writing at the University of Nottingham. Read more at thomaslegendre.com. Audio recording readers are Beth Cochrane and Thomas Legendre.