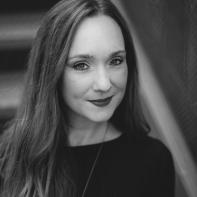 K.K. Fox received her MFA from the University of Memphis. Her short stories have appeared in publications including Tupelo Quarterly, The Adirondack Review, and Memphis Magazine. She is assistant fiction editor for Four Way Review. She lives in Nashville, Tennessee, where she is writing a collection of short stories. This story is a part of that collection.

While Greg was eating burgers at McNamara’s Pub with his wife, Marcy, he got a call to haul a wrecked car off I-40.

“Can’t someone else do it?” he asked his dispatch. The answer was no. There was no time to take his wife home, so she rode along, babbling about how exciting it all was. She often asked about his job, about the cars he pulled off the road, how the accident happened, did anyone die. He hated that she asked. Her interest, gruesome. He stopped telling her he when hauled an accident so they wouldn’t have to talk about it. It was one of the few things he didn’t like about Marcy, his second wife. She was eleven years younger, thirty-three. He had decided he would do better with this marriage. He was certain he could do better.

“How about just staying here,” he said when they found the accident. There were two vehicles on the scene, both with hoods turned into accordions, a head-on collision. One, a silver pickup. The other, a blue sedan. The grass was damp. The tire tracks from the blue sedan a muddy slice across the median, heavy rain surely causing the crash. It was on I-40 near the Wilson County retail outlet shops, a smorgasbord of cheap dresses, plastic luggage, smelly candles.

“I could go shopping instead,” she joked. She loved to shop. She spent too much money, but he was proud of his wife’s looks, trim and sort of fashionable. Her color choices were loud with a lot of big patterns, but she looked better than his friends’ wives, who swelled and sagged a little more each passing year.

“Just stay there, please,” he said, then joined the troopers who were waiting for him. Any victims had already been taken to the hospital. The troopers had no business telling Greg about the casualties, but they always did, as if they needed to talk to someone about what they had just been through.

“A family of four,” a big-bellied trooper said. “Two young girls. One got taken by LifeFlight.” The trooper leaned forward and whispered, “If you ask me, she ain’t gonna make it.”

“That is so sad,” Marcy said, surprising Greg by showing up next to him.