"Another Thing May Not Happen," by William Cass 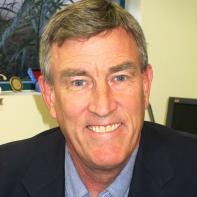 William Cass has had over a hundred short stories accepted for publication in a variety of literary magazines and anthologies such as december, Briar Cliff Review, and Conium Review. Recently, he was a finalist in short fiction and novella competitions at Glimmer Train and Black Hill Press, received a Pushcart nomination, and won writing contests at Terrain.org and The Examined Life Journal. He lives in San Diego, California.