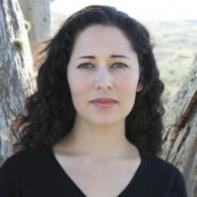 Kirstin Valdez Quade is the author of Night at the Fiestas, which received the John Leonard Prize from the National Book Critics Circle, the Sue Kaufman Prize for First Fiction from the American Academy of Arts and Letters, and a “5 Under 35” award from the National Book Foundation. It was a New York Times Notable Book, and was named a best book of 2015 by the San Francisco Chronicle and the American Library Association. Kirstin is the recipient of the Rona Jaffe Foundation Writer’s Award and the 2013 Narrative Prize.

“Gaze Out at the World” an interview with Kirstin Valdez Quade

This interview was conducted via e-mail by Interview Editor Crawford Pederson. Of the process he said, “Kirstin Valdez Quade’s short story collection Night at the Fiestas is a fantastic read. As mentioned in this interview, her use of cultural and regional influences come naturally and ground the story in such a way that the reader may believe that what they are reading is purely nonfiction. I hope this interview leads a few readers to her wonderful short story collection.” In this interview Kirstin Valdez Quade talks about religion, being an outsider, and complicated terrain.

Superstition Review: I love the title Night at the Fiestas. How do you go about choosing the title for your stories?

Kristin Valdez Quade: Thanks very much. Titles are tricky for me. I find they either come to me early and feel just right, or, more often, I go back and forth, trying to find something that works. My novel, for example, is still untitled, though I pretend that it isn’t for the sake of residency applications.

When it came to my book, it was important that the title story be indicative in some way of the collection as a whole. I liked the contrast between dark and light in Night at the Fiestas, which was a tension in many of the stories.

SR: “Nemecia,” “The Five Wounds,” “Family Reunion,” and “Ordinary Sins” all deal with religion in varied ways. What draws you to use religious themes in your stories?

KVQ: Catholicism is intrinsic to my sense of my family history, and I can’t write about my New Mexico without writing about religion. But I also write about religion because I’ve always been interested in the tension between doubt and certainty. It occurs to me that in the stories you mention religion plays different roles: in “The Five Wounds,” the Good Friday procession offers Amadeo a chance for redemption; in “Nemecia,” the liturgical calendar is simply a fact of the town’s life and rhythm; in “Family Reunion,” Mormonism offers Claire community and inclusion; and in “Ordinary Sins,” Catholicism is a repressive force that also offers Crystal a moment of real connection with her priest.

SR: There are a lot of young characters in Night at the Fiestas. Can you talk about your use of child characters and narrators? What are some problems you encounter when trying to write compelling and believable children in stories?

KVQ: I’m interested in childhood because I remember my early childhood vividly—with more clarity that I remember, say, high school. I try to treat my child characters the same way I try to treat my adult characters and to give them space on the page to be full, complicated human beings. Children notice and understand more than we give them credit for, and, given how little control children have over their existences, they must take their power where they can get it.

SR: Can you talk about any difficulty you had with bringing the setting of New Mexico to life?

KVQ: I don’t think I had any particular difficulty with the setting of the stories. Elizabeth Bowen said, “Nothing happens nowhere.” The setting of any story places particular demands on the characters, and the setting means something different to every character. Paying attention to setting gives the writer lots of opportunities for character development and to invite the reader into the story.

SR: The editing process of writing stories can be grueling and after several drafts of the same story you may not be completely satisfied with the product. How do you know when a story is complete?

KVQ: I tend to work on stories for a long time—sometimes years. I know a story is complete when I’ve done all I can to it. I always have a trusted reader look at it, and I listen closely to feedback. At a certain point, though, I have to let it go.

SR: Characters such as Amanda in “Mojave Rats” and Amadeo in “The Five wounds” seem to be outsiders and world-weary. Why did you use otherness and disillusionment to characterize certain characters?

KVQ: That’s interesting—I think of those characters as being very much of their worlds; neither has strayed far from the tight circle of their homes and communities. You’re right, though, that they are both in peril, Amanda as a result of her family’s poverty, and Amadeo as a result of his alcoholism. I’m very interested in the experience of otherness. I moved around a lot when I was a kid, and in each new place, each new school, I felt sharply aware of being an outsider, of having to observe carefully and to learn how to behave in each new community. It’s not a bad vantage point for a budding writer.

SR: How has your Hispanic heritage influenced your writing?

KVQ: I would say that my Hispanic heritage influences my writing the same way that other elements of my identity influence my work. Because of the particularities of my experience, I’m drawn to particular stories and details, and I have a particular well of material to draw upon.

SR: You have taught at Stanford and the University of Michigan and you are currently a professor at Princeton. How have your experiences teaching at some of the most prestigious universities in the country affected you as a writer?

KVQ: I feel lucky that I love teaching, because it’s a terrific way to make a life as a writer. I enjoy discussing literature with engaged students.

SR: You have mentioned in an interview with Commonwealth Magazine in May of 2015 that you don’t want your writing to become too political in nature. Can you expand a little bit on why you take this stance and whether or not you believe that your writing should take more concrete stances on hardline political issues in the wake of recent political rhetoric?

An essay can address politics with a directness that fiction can’t. Fiction is primarily concerned with character, and well-drawn, convincing characters are complicated creatures who tend to resist being simply mouthpieces for or examples of ideology. When I’ve written a story with a clear political agenda, it’s always terrible, and the process of revision usually involves me having to set aside whatever conviction I started with to allow the characters to take the story to more complicated terrain.

KVQ: I prefer to write at a desk positioned in front of a window. That way, when the writing is slow, I can gaze out at the world.