"Two Blocks Up," by Kevin Tosca 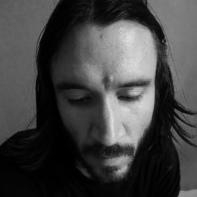 There is a Monoprix in the eleventh arrondissement of Paris on Avenue Ledru Rollin where Marshall Haynes did his food shopping every Tuesday and Friday evening. This is not far, for those of you who pay attention to such things, from the Bataclan nightclub and the offices of Charlie Hebdo.

To get to this Monoprix, Marshall walked down the rue de la Roquette and passed the Square de la Roquette where, until 1974, the prison used to be. He also passed the Place Léon Blum (in honor of the bespectacled socialist), thirty-four businesses and countless strangers, until he came to the already mentioned Avenue, named after another French politician.

Fifteen minutes and a lot of forgotten history was all it took. Then he shopped. Afterwards, bulging cloth bags in hand, he repeated the route.

But on his way back to his son and wife and their mold and spider-infested apartment on the Boulevard de Ménilmontant on one of these ritualistic Tuesday evenings, at the corner of the rue de la Croix Faubin and the rue de la Roquette, he saw two young black men beating the shit out of each other. They were standing in the middle of the street where the guillotine used to be with an oddly parked Peugeot waiting patiently for one of them to their right. Other young black men, presumably friends, formed a semi-circle around them. A squat, white, plum-shaped woman was screaming: “Ca va pas, non?!” A crowd of onlookers were gawking. These included homeless drunks, confused children, amused adolescents, and a whole mess of very interested adults, some of whom had exited the surrounding cafés to better watch the show.

Marshall didn’t stop. He had just two blocks to go, two blocks which would take him past the groups of decaying old men playing pétanque, the terraces of La Bonne Franquette and L’Artiste brimming with chatty men, women, and children, the jam-packed boulangerie, the lust-infected couples slurping cocktails in the dimly lit Q Bar, and the hundreds of unhappy people hiding in their apartments, all of whom had no idea what was happening so close to them.

Marshall turned left at the overpriced hipster antique shop on the corner, walked briskly to his building, then his door, set the three bags down just in time to catch his fast-approaching son in his arms. His wife warned their four-year-old not to run in the house again, pecked Marshall on the cheek, and started unloading the bags.

“No,” Marshall said, shifting his son in order to get a better grip.

“Did you even look this time?”

His wife stared at him.

Had he been brusque? “Nothing,” he said. He hadn’t meant to be.

“That’s what I’m afraid of. What do you want to eat tonight?”

“Ha ha. What about that vegan Vietnamese place in the tenth we keep meaning to try? Or pizza.”

“Which of my options is perfect?”

Marshall gazed at his son who was intently watching the marvels his wife was putting away. He remembered the day this helpless animal exited his wife’s vagina, the long, surprisingly tough cord he had distractedly snipped, and the promise, a few moments later with tears flowing down his face, that he had made to himself.

No more fear. Which meant only one thing: No more Man.

He would avoid Him at all costs. Would have to do so in His midst, His abominable world. That hospital experience and all the bullshit leading up to it had been the last straw. Even the sage-femmes were monsters.

That is, normal human beings carrying on.

“All of them, mon amour,” he said, using that soft voice he used when he wanted to communicate how much he adored and needed her. “Always.”

His wife smiled a smile that could break a man’s already broken heart.

“Maybe you’re not in such a bad mood after all.”

“Told you so,” he said, caressing his resolve the way a man caresses his gun, the only weapon left.