"After the Party," by Lee Upton 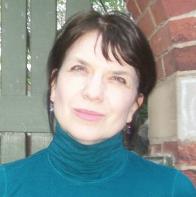 “Now you did it. They’ll never come back.”

“I did it? Thank you. Thank you very much. I hated his stupid ideas and she was worthless. I had to keep fantasizing to get through the night.”

“I hope you had worthwhile fantasies. I never fantasize. Except—except when I was a young girl. I used to have a lot of fantasies then—about angels. I was this little tiny ecstatic.”

“William Blake in a sundress.”

“You can fantasize about me for a change. In my sundress.”

“No one can have fantasies about his own wife.”

“Because those fantasies can be realized. Because a wife is, presumably, available.”

“Don’t presume that I’m ‘available’ to you. You were so contemptuous with Joelle and Jordan. You acted like everything Jordan said was stupid. Idiotic. Just ha ha. We can never have Joelle and Jordan over again—the way you treated Jordan. And you drank too much—even more than I did. And you’re so self-satisfied sometimes.”

“You were the one drinking too much. Otherwise you’d realize I’m always self-satisfied. By the way, I’m having a fantasy right now. You want to know what my fantasy is? Sometimes when something serious happens—like I’m at a funeral—I have this tremendous urge.”

“You’re talking about an urge, not a fantasy. Okay, what is it?”

“I want to shout ‘polly wolly doodle all the day.’ That’s from that old song—you know—and that urge almost overwhelms me.”

“Remind me not to invite you to my funeral. You have to stop drinking. We’ve both been drinking like, like, like—pirates.”

“You really can’t fantasize about me, can you? You’ve been fantasizing about Joelle, haven’t you? That’s why you invited her and Jordan over.”

“I have to wonder what Joelle sees in Jordan. Don’t you?”

“He adores her. Some of us like that from our husbands.”

“Only narcissists need to be worshipped.”

“Lucky narcissists. Do you know the words to the rest of that song, ‘Polly Wolly Doodle All the Day?’”

“I thought you knew everything.”

“Everything that counts. Don’t you ever have fantasies about Jordan?”

“No. Honestly, I don’t. Wait. I have one sick fantasy. I fantasized tonight that he’d challenge you enough so that for once you wouldn’t have an answer. You’d feel deflated.”

“That’s a good fantasy. Because it can never be destroyed by reality.”

“What if I told you Jordan loves me?”

“You’re telling me and it’s not having an effect.”

“What if I told you the world was ending tomorrow and we just had tonight together—no more time to make things up to each other, to forgive each other. Would that leave you speechless at last?”

“I always think the world is ending tomorrow.”

“Okay. All right. You know what? I heard a weird story from Joelle—while you were in the kitchen with Jordan. She told me about this woman who sat on her baby. It happened at an elementary school concert. This woman stood up to applaud her son. Her son was on the stage singing, and when the woman sat down again she forgot she’d propped her baby in her chair. She sat right on her baby—or half-sat on her baby because her buttocks must have registered the presence of the baby and kind of leapt. Well, everybody saw. There were shrieks and shouts. Afterwards the mother held up the baby to the whole audience as if to say, ‘See, my baby’s still alive! Everything’s okay!’ When the concert ended, people in the auditorium surrounded that mother—with love. It was like everybody was so grateful, like everybody thought: ‘Thank you. I feel so much better about myself because of you. I’ve done a lot of awful, selfish things, but at least I never sat on my baby.’”

“That’s all you and Joelle talked about?”

“I thought about you after she told me that story. I have a question for you, okay? Okay, here’s my question. Who do you identify with in that story? The mother? Or the people in the audience?”

“I identify with the baby.”

“I should have predicted that.”

“Okay. Let me guess who you identified with. The mother, right?”

“You say that because you have no experience with babies. By the way, you said her. Why did you make the baby a girl?”

“Because she’s mine. My imaginary baby.”

“Don’t apologize. It’s not like it was predictable—the sex of the baby. We probably never should have people over again. Ever. It makes you aggressive.”

“It makes you depressed. I’m not the only one who always wants more than I already have.”

“No, no, you’re not. Let’s never have sex again either. It could lead to babies.”

“But if we have sex again I could get pregnant and, you know, eventually sit on my baby.”

“You’re right. Our baby would be predictable.”

“And we can’t have that, can we? I’m tired, you know? I can never do anything that would surprise you. You always have an answer. Everything becomes small, predictable. You’re like God if God got bored.”

“He really must be all-knowing. I’m tired. Are you coming up?”

“Not yet. There’s still some sangria left.”

“Awful. Just awful. I still can’t believe how awful you were tonight. Jordan and Joelle will never talk to us again.”

“You can’t possibly know that.”

“No, you really can’t. Not even you can know that.”

“I have his wallet.”

“All night long he sat on that wallet. Like it was his baby. I never thought I was going to get that wallet away from him.”

“I married a monster, a thief, a pickpocket.”

“And a baby. But they’ll have to talk to us again. At least Jordan will. To see if he ‘dropped’ his wallet here. See?”

“You think of everything.”

“That’s why you married me.”

“And that’s why I married you. Come on. Help me finish off the sangria. You can’t expect me to drink by myself. I’m too young, too vulnerable, too godlike….and if you like I could maybe fantasize about you. I love you, after all.”

“I confess: I love you too. It’s ridiculous, but I do love you.”

“You always say that. And I already know.”

“You drank too much tonight to lie. Drinking brings out the truth.”

“You’re not lonely. Come on. I can cheer you up. Let’s look in Jordan’s wallet. And while we look in his wallet why don’t you wear Joelle’s scarf?”

“I’m not going to look at Jordan’s driver’s license so you can make fun of him.”

“Then what are you going to do?”

“You know what? I’m entirely capable of lying while drunk. Joelle didn’t even wear a scarf tonight. I just said that about the scarf to shut you up—and it didn’t work.”

“I have my own confession: I don’t have Jordan’s wallet. Well, actually I do, but it makes me feel better about myself by saying I don’t.”

“I thought that you always feel good about yourself—at least lately.”

“How little you know me, my dear.”

“Have some sangria first and then look.”

“That’s the worst driver’s license photo I’ve ever seen. He looks like--.”

“Like that baby that got sat on by its mother. Like that baby grew a beard. There’s something about Jordan’s head—the angle, like his head is crushed by his own stupid ideas.”

“He shouldn’t be driving without his license. Call him. Ask him over. To pick up his wallet.”

“I thought you were going up to bed and making me drink the rest of the sangria alone.”

“Invite him back. It’s hardly past midnight. Joelle can come back too. They can pop over and pick up the wallet and you can invite them in for one last glass of sangria. We can start the night over—now that it’s morning. And we can pretend to be thoughtful, compassionate people. That should be fun. I do love you, and I know you know that. You know everything. It’s a terrible thing to love a person --."

“I was going to say it’s a terrible thing to love a person who acts like a mean—like a mean clown--.”

‹ "After the Lovers," by Kelcey Ervick up "Again," by Lynn Mundell ›