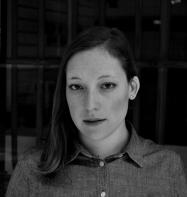 Sara Nović is the author of the novel Girl at War (Random House), now out in paperback. She studied fiction and translation at Columbia University, and now teaches writing at Wesleyan, Columbia, and with the literary nonprofit Words After War. She is the fiction editor for Blunderbuss Magazine and lives in Brooklyn.

This interview was conducted via email by Interview Editor Alexis Campbell. Of the process, she said, “Girl at War provoked such an emotional response in me. The way in which Sara intertwined details of a war torn Croatia with the quiet yet powerful growth of the main character Ana was balanced beautifully. I am privileged to have had the chance to interview Sara Novic and appreciate her generosity in sharing her thoughtful words.” In this interview, Sara talks about navigating emotional threads, her sister’s input, and writing from a child’s perspective.

Superstition Review: In an interview with QNS, you talk about Girl at War working on the level of fragmented memory, because “‘This is a war, so people were under a lot of stress, anxiety, and it changes the way your memory works.’” How do you view the parallel between fact and perception? How did you negotiate the validity of various truths working within the many personal narratives?

Sara Nović: I think different kinds of writing have different goals, and even within a certain genre or style. For Girl at War, the goal was definitely to approach the emotional truth of living through war and trauma as a child. So even as I spoke to victims who remembered events very differently, or had divergent experiences, the emotional threads of these experiences were largely similar. Making sure Ana’s story fit accurately into the historical timeline of the war in Croatia was important to me so I did a lot of research, and I sometime took things out if I couldn’t verify them with multiple sources; however, as Ana became a more fully-developed character, her personality also came into play in her interactions and reactions to characters and events. That is the kind of work that all fiction writers, not just those working with history, have to do—make a character feel full and real, and their actions feel organic to them—and that, I think, is all tied up in successfully conveying emotion to elicit empathy from the reader.

The structure was also a way in which I negotiated the fragmented nature of war narratives. The abrupt shifts in time marked by the four different sections in the novel for me were a way in which I could illustrate the fact that Ana’s childhood trauma wasn’t past and over with—the past and present are for her, and many survivors, intertwined.

SR: You mention in an interview with Signature that you include some “Black humor that you hope some of the children's games in this novel have,” speaking in terms of how you write violence in Girl at War. Can you explain how you came to use this method?

SN: Most of the humor in the book functions as a coping mechanism, a way in which the characters can take something painful and still hold it close emotionally, but in a way that doesn’t hurt as much as fear or grief might. Part of this is rooted in presenting the child’s perspective on war—war seeps into children’s everyday lives, but their everyday lives still involve a lot of storytelling and playtime. But the quote you’re referring to was something I believe I said about working with Izet Sarajlić’s poems, and he was obviously an adult during the war. The humor in Sarajlić’s work is more sophisticated, but its function is the same—it’s a way to make a difficult narrative more bearable. It’s certainly a way of communicating that is common in Eastern Europe and in its literature and art, and I’m sure it’s used in many places and cultures as a way to contend with hardship.

SR: You discuss with Electric Literature the idea of personal definition, that “‘When there is something that we can’t get over and then we define ourselves in a way that perpetuates that.’” I immediately thought of the scene in Girl at War when Luka says to Ana, “‘You don’t get to claim the war as your own personal tragedy. Not here.’” Can you elaborate on this idea of Ana representing the perpetuation of personal identity in a place where identity is based so much on shared experiences?

SN: The notion of Ana as a representation of war victims at large or as spokesperson is something I thought a lot about while writing this book. The scene in which Ana presents at the UN and struggles with what to say was in part a reflection of that. But Girl at War isn’t a textbook, nor it is a big war epic, like War and Peace. It’s not all-encompassing and it doesn’t explain every facet of the conflict—it just presents one person’s experiences. To my mind that’s also what allows it to elicit so much emotion from a reader, because the reader connects on the one-to-one human level.

The question of personal identity versus shared experience is a really interesting one. Dependent on location, ethnic background, age and gender, etc. people had vastly different experiences of this same war. But now that it’s over, people need to work together to piece together a narrative of what happened, especially in the context of education. What will we write in the history books? It’s a question that’s still being answered right now, and it’s a weighty one, because the presentation of the war to these younger generations is bound to be reflected in the politics of the future.

SN: I think being a member of the Deaf community has certainly shaped the way I view the world—how I think about ability, language and identity at large, or in whatever smaller, more imperceptible moments being Deaf changes the way I look at things and interact with people. I think knowing American Sign Language has made me a stronger writer overall. With respect to Girl at War specifically, I’m often told that the book is very “cinematic,” and I imagine my tendency toward the visual has a lot to do with my own visually-based worldview, and communicating in a 3-D language like ASL.

SR: What does your writing community look like and how has it changed considering you sold Girl at War while finishing your MFA at Columbia?

SN: Meeting my fellow students was by far the most valuable part of going to an MFA program. The people with whom I went to school are some of my closest friends, and though we don’t hold workshops together anymore, we are constantly talking about books and writing and problems that crop up during the writing process. We also hold each other accountable to make writing a priority, which can get really hard when we’re all working different kinds of jobs.

I think when I have a full draft of a next project, there are probably a few friends from the MFA I could ask to read it, but really my little sister has always been my first reader. Her feedback is useful to me in the earlier stages of a project because she responds to the characters and plot on a macro level, whereas other writers might get caught up on line editing issues that distract from the bigger narrative. Line-editing and revision is really important, of course, but for me, a need for outside feedback on the sentence-level comes much later.

SR: The way you describe Croatia--both as Ana grows up and similarly when she returns--reads as both beautiful and truthful with conflicting images that make the country as well-rounded as Ana. Can you describe how you approached Croatia as a sort of character?

SN: I’m not sure how conscious the development of Croatia as a character was—I just wanted to present it in as beautiful and complicated a manner as it really is. I find the juxtaposition between the beauty of the place, especially now, with its ever-increasing popularity as a tourist destination, and its recent and still-visible scars, a really interesting relationship. I did take a class while at Columbia about developing a sense of place in writing, and we had an assignment in which we had to write a passage anthropomorphizing a place, so that did make me think more about setting as an actionable character.

SR: There were so many moments throughout Girl at War that elicited an emotional response, and my favorite line in the novel, “...in the end the guilt of one side did not prove the innocence of the other,” hit home the all-around impact of war. Can you talk about how you balanced providing readers with the details of an often unknown war while also encouraging an empathetic response?

SN: I worried a lot about making sure the reader understood what was happening in the war but also not doing an “information dump” of textbook facts. Striking that balance was challenging especially with a child narrator, because at times I had to write such that an adult reader could see over Ana’s head to understand what was really happening. On the other hand, it also gave readers the chance to learn alongside Ana, especially when she returns to Croatia as an adult and realizes things weren’t as black-and-white as she thought when she was younger.

SR: Rebecca West’s Black Lamb and Grey Falcon opens Girl at War and becomes Ana’s sort of inspiration to return to Croatia. How did West’s book impact you as a writer in approaching the story of the Yugoslavian civil war?

SN: I read West’s book late in the process of writing Girl at War. I was always trying to read as many books about the war and as much writing by Croatian and Bosnian authors as possible while I was working on this project, but initially when I came across West’s book I’ll admit that I had pretty much the same reaction as Ana—I was doubtful about what light a 75-year-old text might cast on the subject of such a recent conflict. It turned out that the historical context provided by West’s book is integral to understanding the war, and kind of a pivotal part of Ana getting to the understanding in the line you mentioned, about the guilt of one side not proving the innocence of the other. West also describes Yugoslavia really vividly throughout, so I think that influenced the way I thought about the importance of setting in my own writing, too.

SN: It varies. I do have a desk in my room where I sit sometimes—above it is a bulletin board with pictures of my family and friends, and a chart that a professor of mine drew during a conference that later helped me determine the structure of the novel. But I write by hand in notebooks, and I try to do it out of the house when I can, because if I’m home I tend to procrasti-clean my kitchen (not the worst of habits, I suppose, but still it’s not writing). I’ll write in a café, or at the libraries at NYU or Pratt. I actually wrote a great deal of Girl at War on the commuter train between Philadelphia and NYC, as I wasn’t living in New York when I started going to Columbia. The commuter train is a great place to get work done, because there is absolutely nothing else interesting to do and no internet, so you just have to stay in your seat and write. In fact, I’m on a train now, writing this to you.