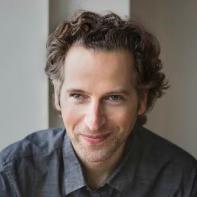 Howard Axelrod's memoir, The Point of Vanishing, was named one of the best books of 2015 by Slate, the Chicago Tribune, and Entropy Magazine, and one of the best memoirs of 2015 by Library Journal. His work has appeared in The New York Times Magazine, Salon, VQR, Shambhala Sun, Harvard Magazine, and The Boston Globe. He received the Michael C. Rockefeller fellowship from Harvard, and has been awarded residencies from the Blue Mountain Center, Ucross, and the Virginia Center for the Creative Arts. Axelrod has taught literature and writing at Harvard, University of Arizona, and Grub Street.

This interview was conducted via email by Interview Editor Alexis Campbell. Of the process, she said, “Howard’s story of self-discovery is deeply personal, yet I connected with it immediately. I was overwhelmed by the many questions I could have asked, but these nine capture the impression The Point of Vanishing left on me. It was a pleasure interviewing Howard, whose responses were just as beautifully thoughtful as his prose.” In this interview, Howard talks about learning to listen for clarity, reorientation, and the importance of pursuing adventure.

Superstition Review: Throughout your memoir, I found myself connecting with the many introspective epiphanies, having to put the book down and think about my own life. How long did it take you to come to perfect the reflection in the memoir? Could you describe your process of composition?

Howard Axelrod: Thank you—though the verb “perfect” makes me a bit uneasy, particularly when it comes to reflection. In memoir, really in all genres, all you can do is work towards a level of insight that feels true to you, given your experience and the vantage point from which you’re writing. That truth, if your artistic conscience is good, is nearly always elusive. I remember meeting an established poet at a residency who said that he had to wait seven years for the last three lines of one his poems. Seven years! In my case, I had to write lots of drafts, take lots of walks, endure periods of waiting (though not, mercifully, seven years), and learn to listen for the listener in my head, not the one who scolds, or doubts, or says what will so-and-so and think, but the one, like any good listener, who asks sensible questions, who doesn’t duck complication or contradiction, and who asks for clarity but not certitude. Trying to respond to that listener allowed the sentences, slowly, to become stepping stones towards insight.

SR: While your two years in solitude was punctuated by a lack of technology and outside contact, its essence wasn’t strictly based on living off of the land like Chris McCandless of Into the Wild. Instead, you seem to grapple more with how much further we should exist past our basic comforts. How did you balance your remote lifestyle while recognizing the necessary pervasiveness of basic conveniences like the telephone, packaged food, and your automobile?

HA: I was pretty grateful for Ramen. And for chunky peanut butter. And, on the rare occasion that I used it, for the phone. It did occur to me that if I wanted to be absolute about getting away from everything socially constructed, then that would mean no Ramen, no phone, no Goretex jacket or gloves. But then I realized such rigor would also mean no thinking in language, no thinking of almost any kind. We’re linked to the past intellectually by virtue of nearly all the structures we use to conceptualize, to value, to reason. I didn’t want to forego all that, even if I could have. But the “nearly all” was chink enough for me—even a minor deviation from those structures, or just a new permutation of them, granted me the chance for reorientation, which is what I was searching for.

SR: One line that particularly spoke to me as a Creative Writing major was, “The given career options as presented over the years by my family had always been lawyer, doctor, or businessman--like a child’s game with firemen and policemen but the suburban version.” Having taught college students, can you describe the types of students you encounter? What kinds of career narratives do they have when they come to your classroom?

HA: Most students, and nearly all parents, assume the career track has tempting exits—travel, other kinds of work, living in other countries—but no on-ramps, so once you leave you can never get back on. It’s not true. The most engaging (and engaged) people I’ve met all adventured in their twenties. They came back with a better sense of who they were and with more courage to forge their own lives. Especially for writers, it’s important to pursue your deepest questions, whatever that pursuit requires (But try to be kind to your parents along the way).

SR: In an interview with GrubStreet Daily, you mention that the “impulse towards the depths, to moving below the surface, was always there,” and that the accident only accentuated its need in your life. Can you explain how that impulse changed following your time away and if it has transformed since writing The Point of Vanishing?

HA: It’s still the same impulse. What’s difficult, what’s always been difficult, is the question of how to follow it in the midst of daily life. But my time in the woods helped me find some of what can carry me below the surface—walks, ways of paying attention—and writing the book did, too.

SR: You discussed with Caroline Leavitt that the hardest thing about your journey was coming back to the “speed” and “noise” of society. Could you describe how your time in isolation heightened your senses?

HA: In the woods, there’s nothing you don’t want to see, nothing you don’t want to hear. There’s nothing to filter out, so your perceptual abilities dilate and deepen, especially if you’re there for a long time. On a city street, if you’re talking to a friend, you’re filtering out nearly everything but the conversation itself. Without filters, I lost that ability for a
while.

SR: How has being involved with your writing community, specifically Grub Street, impacted your writing?

HA: Being a part of the Grub Street community is a huge help. It hasn’t changed anything I do at my desk, but it has changed how I think about what I do at my desk, which is more important than it might sound. Having friends who struggle with similar difficulties, who have shaped their lives around similar values, has made the larger literary tradition, which I’d always felt myself a part of, less abstract. Plus, the parties are fun.

SR: In your interview with CBC Radio, you talk about “achievement standing in for meaning,” and how you had gotten caught up in equating these ideas. How do you balance this now as a published writer where these are often mutually exclusive?

SR: Even before your time in the woods, you seemed to have decided to pursue writing. Can you explain more about what motivated you to spend the year in Italy? Did you see it as a taste of what would come after?

HA: My motivation for the year in Italy was the possibility of a year in Italy: Harvard had a fellowship for a year abroad, and I applied. I didn’t know much more than that. I was hungry--for adventure, experience, time to read and write—but mostly I didn’t know what I was hungry for, or where to start looking.  I got very lucky.  That fellowship allowed me a year of reading and writing, with no goal other than the reading and writing itself.

SR: What does your writing space look like?
HA: Like a gust of wind swept through a hardware store. It doesn’t usually look so much like one of those find-it games on the back of a cereal box, but right now it’s strewn with books, articles, pens, a box made of paper with a shattered seashell inside, calendars, a hammer (nailed something yesterday), and a lightbulb (switched out the one in my lamp before sitting down to your questions). But there is a skylight above my desk. The sky’s looking pretty uncluttered.