A Poem by Lucinda Roy 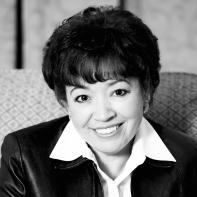 Lucinda Roy's publications include the poetry collections The Humming Birds (winner of the Eighth Mountain Poetry Prize), and Wailing the Dead to Sleep; the novels Lady Moses and The Hotel Alleluia; and a memoir-critique, No Right to Remain Silent: What We've Learned from the Tragedy at Virginia Tech. Her poetry has appeared in many journals, including North American Review, American Poetry Review, Blackbird, Callaloo, Measure, Poet Lore, Prairie Schooner, and River Styx. She is an Alumni Distinguished Professor in Creative Writing at Virginia Tech, where she teaches fiction, creative nonfiction, and poetry in the MFA program.

You’ve been fed, once again, into the circular saw of the moon
by another’s turbulence. But the principal cause for concern
is Jarrell’s “90 North,” where pain doesn’t amount
to wisdom, only to pain—

a cold blue apex where meaninglessness abuts suffering—
a refutation of the classic tales that led you to the top
of the hill then back down again denoument-ally,
the way a parent puts a child to bed.

In the story-shadow the arc becomes a scythe
raking across your 1st-person point of view the way a Glock—
that furious cousin of parallax—raped the point
of view you’d held for years.

(The setting moves from Jarrell’s climactic
cold to William Duffy’s farm in Pine Island, Minnesota
where James the Right rocks hammocks. I have not wasted my life, you insist,
pinning wax butterflies to Jim’s suicidal sky.)

The older you get the more you believe in relationships—the one between
the writer and the thoughts of other writers, for example, or the one
between the maternal and the future—a rare constant that reproduces
constancy. Though sad men may seduce, the need to reply

is also fundamental. The arc isn’t a covenant with others,
it’s a covenant with the self in its universal disguise.
We’re all gods of the inter-dependent clause. Maybe the secret is simple:
the moment must function both as climax and as point of view.

After so much loss, you still want to believe
the Small-Life we weave can dance a cosmos.