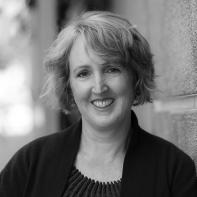 One of the first times I was born was during the plague. Miracle of miracles, I survived! But Maman died, and my sisters, then Papa, and our man Bertrand. Finally, I had to go, too. There was no one left to feed me, and the rats frightened me to death.

I awoke in the womb of a fine Spanish lady. Bubbles swirled around me, faster and faster, a push, a slap of cold air, then a hand slapping me! My madre rocked me in the first days and our galleon rocked her. Then came the storm that rocked us both overboard. The ocean’s bubbles swirled faster and faster as I sank, and then I was gone. Again.

In another womb, I was large and my amma was small. I nested against a second, bigger baby. Nearby, a bell rang a long OM. My brother punched me, hard. Life is a struggle and a dirty battle. A shudder and my twin was born. United, Amma and I kept fighting, and lost.

Over and over I was conceived, from Africa to Greenland, Cairo to Memphis, in wedlock and out, during wars and love-ins, and once in a test tube. Born to whores and housewives, in taxis and on an ice floe, to a 12-year-old who was the last of her tribe (until I was). Always I passed away, quickly, unnamed. I was born to a Chinese woman so old that my shade carried hers into the next world, my first breath having stolen her last.

In the beginning, I catapulted into space and the stars were my travelling companions. I fell to earth, landing alone on a mountain. I was a volcanic rock shooting off an island and into a sea. Then I was an island, too. Over time I was covered with plants and animals, and people, until a man and a woman entwined, and I was a seed growing in a belly, dying, being returned to the earth again.

Then one day I am born and I do not die. My parents line a bureau drawer with their sweatshirts, and there I sleep. They squash me into Mama’s bicycle basket and with the spring air whistling a lullaby I sleep more. At night Papa argues with Abuela and I learn that I should not be here, again. But Mama croons Sosimo over and over, calling me back to her, and Papa reads stories, some in the long-lost language of the galleon. Tattooed stars encircle his neck and volcanic flames dance around his forearms. Together, my parents sing along to the radio, songs of danger, bravery, heartache, and love. Duly recorded, my long journey finally ends. The universe releases me to two young people, and I, Sosimo, survivor, live at last.