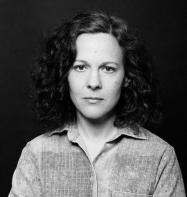 Sandra Newman is the author of seven books, most recently a novel, The Country of Ice Cream Star, which was long-listed for the Folio Prize and the Baileys Women's Prize for Fiction. Her other novels are The Only Good Thing Anyone Has Ever Done and Cake, and she is also the author of a memoir and three books of non-fiction, including How Not to Write a Novel (co-authored by Howard Mittelmark).

“A Dramatic, Overnight Apocalypse,” an Interview with Sandra Newman

This interview was conducted via email by Interview Editor Audrey Hawkes. Of the process she said, “The Country of Ice Cream Star was an epic journey, with such a rich and interesting world to get lost in. I was instantly eager to discuss the process with Sandra, because it was such an impressive work.” In this interview, Sandra discusses creating new dialects, falling in love with her story, and the challenges of writing a sequel.

Superstition Review: It seems that dystopian novels are getting more and more popular, both for young adults and adults alike. Why do you think this genre is so appealing to readers? What drew you to it when writing The Country of Ice Cream Star?

Sandra Newman: I hate to be a pedant about this, but Ice Cream Star isn’t a dystopian novel, it’s a post-apocalyptic novel, a genre which is also popular nowadays, but for different reasons, I think. In a dystopian novel, you have a world ruled by an evil government, which will eventually be overthrown in Book Three, so they generally reflect a feeling that we are ruled by an evil government (or, in the case of YA readers, an evil high school) which needs to be overthrown.  Post-apocalyptic novels are generally popular because we feel that there’s a real possibility of an apocalypse, and sometimes even think we might welcome a dramatic, overnight apocalypse that would wipe the slate clean, so that an entirely new society could arise, which would not be ruled by an evil government.

SR: What are some of your favorite dystopian stories? If someone enjoyed The Country of Ice Cream Star, what books would you recommend to them?

SR: Even though the setting of The Country of Ice Cream Star is quite different from our modern world, its themes of war, religion, morality, and sexism mirror real life. Do you think certain conflicts are inevitable no matter what the society is? What influenced you to include these issues in the novel?

SN: I’m not sure if these conflicts are inevitable; I like to think that a profoundly superior society is actually possible. However, if one wrote a novel about such a society, it wouldn’t have much relevance or interest for contemporary readers, so we always end up writing about societies that more or less share our problems.  Some of the issues in The Country of Ice Cream Star are ones that I think about constantly, like the morality of war and how power structures work. In general, the book ended up being about belief systems to a greater degree than I expected, because I had to explain the various societies that appear in the book and how they functioned. So it’s not as if I set out to write a trenchant satire of Catholicism, for instance, I just found a Catholic theocracy more fun to write about than, for instance, an Evangelical theocracy, and the rest flowed from there.

SR: Most of the characters are children, and yet they have to deal with adult issues like sex and politics. What were some of the challenges you faced when writing a cast of characters so young?

SN: I didn’t really have any challenges writing about characters that were so young. They were just more fun to work with. At first, I was worried about representing them accurately, but it didn’t turn out to be much of a problem, presumably because I have personal experience of being eight years old and fifteen years old and so on, so I had an instinctive grasp of what that was like.

SR: The Country of Ice Cream Star has several invented dialects, and they’re all very distinct from each other. What was it like creating and writing in these dialects? What were some of your influences?

SN: The main dialect of the book, which is the only one that’s fully worked out, is pretty obviously (if somewhat distantly) based on African American Vernacular English, and I found it to be a complete joy to work with, from start to finish. Generally, although there’s a difficulty level in creating a dialect with its own rules and vocabulary, it also gives you a lot more freedom. It allows you to work with language more inventively/poetically, creating your own idioms that are (as most idioms are) based on metaphors, and using words in ways that are surprising – but in the book, that’s just how people talk. They aren’t being poetic, that’s their everyday speech. I read A Clockwork Orange and Riddley Walker, two of the classic books that use invented dialects, many years ago, but I never intended to write one myself. It just ended up being the only way I could make the book I wanted to write work.

SR: The novel is quite an epic journey, well over 600 pages long. What was it like writing such a long piece? How did you know where the book should wrap up?

SN: I loved writing this book and never wanted it to end. I’m not sure how one knows where a book should end; it just seems intuitively obvious. I found all of my other, shorter books much harder to write because, although I have some affection for them, I was not literally in love with them, whereas I really was in love with The Country of Ice Cream Star. I got impatient if I had to be away from it for more than a couple of hours, for instance. It was somewhat pathological.

SR: You said in an interview with The Writes of Women that you are working on a sequel. Did you always know you’d want to write one? What has that process been like so far?

SN: I always knew I was likely to want to write a sequel, but it only became certain when I finished the first book, and saw what happened, and that the story had refused to arrive at a happy conclusion. It’s very difficult writing a sequel, because you have to write it as if the reader hasn’t read the first book (or doesn’t remember it) which means filling them in on all the important events of the last novel. But you also have to write it as if they did just finish the first book, which means not boring them with all the events of the last novel. It’s almost impossible to do elegantly, and it’s given me immense respect for people who manage it.

SR: The novel takes place in the northeast, particularly Massachusetts and Washington D.C. Could you describe the importance of those settings on the story? Was that always where you planned for the novel to take place? What made you choose those locations?

SN: It started in Massachusetts purely because that’s where I grew up, so I knew the geography very well. In fact, in the first scene of the book, they’re in the derelict shell of my childhood home.  Washington was obviously symbolically important, because in many ways, it’s a book about America. I do love Washington, D.C., both the Chocolate City aspect of it (which is sadly being eroded by gentrification) and the weird and faintly inhuman geography of the National Mall. I even like the tourists. But it was clearly the only place for the final battle to take place, and I found it very comforting to imagine it being run by a military-communist group of African-American children.

SN: I basically just write in bed. It looks like a bed that never gets made because someone is working in it all day long.