"Flying By," by Mark Ali 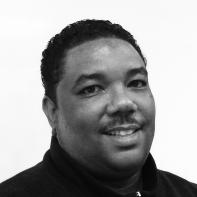 Mark Ali's work has appeared or is forthcoming in Forge Journal, Lalitamba Magazine, Digital Paper, Pearl, Zillah, Occam's Razor, and Rad Dad. He is currently working on a novel, A New Kind of Fool, lives in Oakland, California, and is the proud father of two sons. Mark is an English teacher, program coordinator, and Bay Area Writing Project teacher consultant.

Warren sat in class, staring at the clock on the wall, hoping time would pass faster than it tick-­tocked. The clock was a tool, an instrument with a specific function. It had a frame, a face, and though it reflected what was happening at any given second, it wasn’t a mirror. The device marked time, its hands taking snapshots like a photographer capturing images, tacking moments together, creating a collage in the mind of the distracted. As much as Warren wished clock was time machine, it wasn’t. It couldn’t transport him to another time, teleport him to another place, but he imagined it was a magic carpet all the same.

He was an eleventh­grader now, and while the hooky scandal of junior high school was in his rearview mirror, the memory was a smudge, but the smear made Warren see clearer; it made him understand how others saw him, which forced him to think about how he saw himself. In eighth grade he learned schooling was compulsory, and at thirteen, he wasn’t only a juvenile, but a delinquent too. He also found out what “long arm of the law” meant. A truant officer at his school boasted he was the extension of the shield even though he didn’t have a badge.

Warren’s reorientation to Oakland’s public school system was an assembly where the truant officer declared, “I am the Law.”

The truancy officer looked like his critics, brown­skinned, kinky­haired, but he didn’t act as they did. He wasn’t a homeboy, but a hard­ass who didn’t befriend students like school guards did. The students snapped at him. Tom. Sambo. Oreo. Buster Brown. Graham Cracker. Sellout. House Nigga.

The held­back boys, eighth­graders who should’ve been in high school, settled on the nom de guerre “Lemonhead.”

The truant officer earned his nickname confiscating boxes of yellow dime candies, claiming them as evidence, then using the empties as cardboard bullhorns, blowing saliva-­driven notes, announcing his arrival to kids he rounded up with a toot, calling out, “Back to the coop, yardbirds!”

The school officials thought Lemonhead was a godsend; the students said the sellout was a sucker.

He wasn’t whitewashed and starched like the held­back kids accused the truant officer of being. He was black too, but more red than brown, and his hair curled instead of kinked. His words were crisp and sharp, his family never baby­talked him, but he knew how to speak in double negatives too.

Warren was cool, but not quite the homeboy.

Warren wanted to get by, but the truant officer didn’t care how he fit in; he played the devil with his position, more vigilante than sheriff. He had a passion for collaring kids. It was apparent. He wasn’t stationed to a desk, or hemmed in by school grounds. Oakland Unified had open enrollment, and Warren’s junior high had students from every corner and crevice of the city; the truant officer’s jurisdiction had no boundaries.

Most attendance violators were benign, “early birds” who came to school late because they lingered at the corner store too long, stuffing their pockets, backpacks, and faces with junk food. Others were more deliberate, “late birds” who left school early, often led by held­back boys, lusty little devils interested in the girls’ cookie rather than the corner store candy. Some attendance violators were flagrantly absent, others vagrantly so. Either way, Lemonhead could predict those violators’ comings and goings like clockwork, but Warren moved counterclockwise.

The thirteen­-year-­old was absent, arrived late, and left early, often on the same day.

This youngster was not trying to pop bubbles or snap bras, and while he was nomadic, he wasn’t a drifter. If he stayed home, he practiced shooting game­-winners with balled-­up socks through a wire hoop hanging on his bedroom door. Homeroom wasn’t welcoming, so he came late. He left early because the final bell was like a time bomb, and walking home was like navigating a minefield. Most times he was absent at school, sitting in classes he was not a student of, auditing courses before he even knew that was a thing. Some teachers didn’t mind; others didn’t notice—some welcomed a raised hand; others were glad the newest face wasn’t another agitator. They didn’t mind him in the room because he wasn’t a problem, because he wanted to be there; they accepted his presence and participation with appreciation.

Not only was his ticker drumming a different beat, his understanding of time was relative. His grandmother joked her favorite grandchild would be late to his own funeral, climbing into the casket as it dropped into the grave.

Ultimately, the junior high hooky scandal was another in a series of lessons designed to teach Warren time and place since he began school. Lemonhead was another agent of authority instructing him heavy­-handedly. The truant officer would’ve loved to snag Warren on a neighbor’s porch with a newspaper in hand. He would have thought the student was snatching the paper when he was returning it. Each day, in the nippy time of sunup, when small breaths billow like chimney smoke, Warren borrowed a paper to read the Oakland Tribune’s peach sports section, his horoscope, Wee Pals and Peanuts. He developed a pattern of houses to hit and when. Warren was so new to the neighborhood that for a long while the residents thought he was the paperboy.

It would’ve been a better fish story if Lemonhead could’ve boasted how he hooked, lured, and reeled in his latest catch. But, instead, he apprehended Warren accidentally. The truant officer was leaving the lavatory, yanking his zipper, and brushed shoulders with the class­-ditcher ducking out of the library. Lemonhead acted like a hall monitor too, and when Warren revealed he didn’t have a pass, he was escorted to the principal’s office.

Until the hooky scandal of eighth grade, Warren thought his grandmother was the one who put the law down.

His mother deferred to her mother while her daughter, Warren’s mom, chased la-­la land dreams. Warren’s father never questioned his maternal grandmother; he tipped his cap, sent books to his son and checks to his caretaker. Society was different though. Its institutions were eager disciplinarians. They measured Warren by disparate yardsticks. His grandmother measured her grandchild by his personhood, society by his maleness. Every decision Warren made, every action taken, every choice settled on, whether calculated or coincidental, intended or involuntary, was drawn against the same straight edge—the man he was to become.

Warren was a walking indictment.

The truant officer’s interrogation of the eight­grader went nowhere.

“What’s wrong with twos,” Warren asked, speaking to the pattern of his absences, quoting a movie he skipped school to watch. “Noah believed in twos.”

The principal and Lemonhead were unimpressed with the student’s philosophical musings. They were more judgmental when his emergency card showed he was living with a guardian instead of a parent. They assumed his mother was negligent and he was destined to be disobedient.

On the recommendation of the truant officer, Warren was sent before a judge. He was thirteen and, in the eyes of this court, under those offenses, no longer a juvenile, but a young adult. Warren was charged for habitual truancy, failure to comply, and acute delinquency.

The judge asked the young man if he had anything to say to the court before it passed judgment.

“Yes, sir,” Warren said to the black­robed man, gavel in hand. “I am a veteran of creative sufferings.”

“No, sir,” Warren said as the balding magistrate leaned in. “This is wack.”

His sentencing might as well have been his bar mitzvah, the court’s ruling a statement: He was no longer anyone’s child—he had stepped out of the shadows of his parents; he was a young man now. Warren was fined two hundred dollars, suspended for five days, and couldn’t apply for his driver’s license until he was eighteen.

His grandmother said the ruling was damned foolishness.

So there Warren was, three years later, a week past his sixteenth birthday, his six­foot frame folded in a one-­piece student desk, in a classroom with walls sterilized by clamshell paint. He was taking German II, and felt like he was in a public hospital emergency room where something should be happening but wasn’t.

He was biding time, staring at the clock.

Warren was momentarily swept away by the second hand. It was a color he knew: fire truck red, police light red, lipstick red, fresh blood red, embarrassment red. He watched the slim hand scoot. It seemed to skip, run, backpedal around the face of the clock, blowing raspberries at the hour and minutes, daring the slow runners to keep up; the second hand was the pace setter for the pedestrians.

Flanking the port side of the timepiece was a poster depositing Warren further to a place he’d already been.

A burnt­orange cat, coal­ and smoke­striped, its fur springing from its body like it had been electrocuted, was clinging to a thick­braided straw rope. The top of the poster, in sky­written puffs, read, “Halte durch.” The shocked tabby, suspended in cellulose, was slack­jawed. The background was shocking blue. “Glauben” punctuated the scene in all caps, emboldened by an exclamatory end point; it edged the bottom of the poster. The curling tail of the kitten sent another message.

His textbook was open, his chin was in his palm, his eyes were open, but like the celluloid frozen feline, Warren was trapped too, stuck in time, undergoing a lamination of his own. He was trying to “hang in there,” but he didn’t “believe!”

‹ "Again," by Lynn Mundell up "Clean and Bright and Leaving the Body," by Marvin Shackelford ›