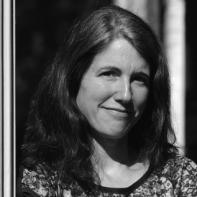 Miming a Bath Is Not the Same as a Bath

Still, the eyes closing, the scritching under the arms feels pretty good. Even near the Hoh River, we’re days from anything wet tumbling onto our heads. The Olympic Peninsula’s slipped from its 120 inches of rain. The usual role of moss: to parade moisture around in its damp emerald coat, but this year the crunching sound. Every time a hiker says “Hey, you’re from Massachusetts!” I startle, forgetting my son’s on Day 8 of his Red Sox shirt. That dry cough might be nothing or it might be the thing going around. Drinking glacial runoff is like drinking gum, the river baby-boy blue. Cupped in our hands is an alluvial map, the tributaries clotted with silt. Dip a bottle in the river, watch what settles at the bottom. Stones that haven’t felt daylight in centuries show at the river’s new waistline. The difference between starvation and extreme dieting is whether there’s a reality show or not. In humans, signs of early dehydration include headaches and ashen scoops beneath the eyes. If rivers carve valleys, how long before the valleys fill their bowls with sand? “Never seen a summer like this,” said the ranger, mourning the banana slug. Signs of severe dehydration include a lethargy of blood, the body folding into its own hot coal. Banana slugs ride their little mucous highways until they can’t. We drink with care, we eat our snacks in the tiniest of fistfuls. All around us, the buildup of kindling. For every slug that’s run out of juice, there’s a satisfied raccoon. For every slimmed-down river, there’s an out-of-season strawberry fat as a puff of smoke. In two days, we’ll walk on out of here. We say “about as likely as a wildfire in a rainforest,” and then we sniff the air.

Janet has her otter glasses on: biking by
the estuary she spots the slim brown ripple,
more motorized wood chip than mammal.

Then more wood chips: pups.
First Sarah says, “What is it about otters,
and do I have a choice in loving them or not?”

Second Sarah says, “It’s the whiskers,
their dog-like faces, and we’re reminded
of the time we had unconditional love.”

“We remember the best parts
of being children,” Janet says. “What do otters eat?”
Chinelo asks. Because my daughter wrote

all her second grade reports on otters,
I know the answer. Fish, clams, sea urchins:
one of the few tool-using animals, they break

shellfish with rocks. On the bank four otters,
maybe five, their pine-cone heads bobbing
up and down. Surely they won’t sleep

in the grass with the bald eagle nest so close by.
Later, Sigrid tells me that eagles and other raptors
won’t hunt the fat crescent of territory

around their nests, which scientists believe
prevents them from eating newly fledged offspring.
There’s a parallel here to grown children staying with

or moving away from their parents, but the mind resists.
Around the den a zone of safety, and then the rest
of the world. Even a family can turn on itself.

One last fact, I tell my fellow otter-watchers:
sea otters tether their young with long whips
of algae and float in groups called rafts.

My daughter has a shirt that says “Harry Otter,”
the otter in a British school gown and round glasses.
She’s grown out of her “Otters Strike Back” shirt,

the one with the light sabers. In time, she’ll grow
out of the new shirt and I don’t know what comes
in the next size, if there is a next size.