"Bending the Spoon," by Jane Hoppen 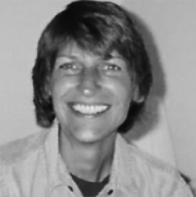 As Mary fixed breakfast for her husband Melvin and herself, she spread various university catalogs over the counter, glancing from curriculum to curriculum as she buttered toast and poured orange juice. Mary and Melvin had married young, and with their two children now grown up and out of the house, Mary felt she still had plenty of time to create a whole new history, a career. She was only forty-one, and the first step in her plan was to go to school, study for a degree in English, maybe a Law degree after that. As she picked up one catalog to look more closely at a course description for Major Texts in Critical Theory, Melvin bounded into the kitchen.

Found an article that I think might interest you," he said, straightening his tie, a magazine folded under his arm.

Some gray had begun to lightly streak his black hair, which Mary thought made him even more handsome. Melvin was no athlete, but he was fit, tall and slender—a swimmer's body.

"I'm already reading something, Mel," she said, tipping the catalog toward him. "I think this'll interest you, though," he insisted. "It's about the spoon."

A week earlier Mary was dawdling about the house, cleaning, doing laundry, and she clicked on the television and turned to a talk show. The host was speaking about the power of the mind, and she introduced a male guest who had discovered his powers at the age of four—a paranormal. Mary watched, drawn to the man's aura and energy. He appeared gentle, and his face easily slipped into a look of childish excitement as he spoke of his experiences.

The audience was the usual cross of believers and skeptics, but the man didn't seem to mind. He demonstrated his powers, first by lifting a man in a chair with two fingers. Mary thought that was quite impressive. He then gave spoons to some members of the audience, particularly children. They were simple silver spoons. He told them to hold the neck of the spoon between the thumb and forefinger, and to gently rub it until they felt it soften. He told them to repeat to themselves, Bend Bend Bend, as they rubbed the spoon.

Mary stopped what she was doing and took a spoon from the dish drainer, doing as the man instructed. He talked on and a short time passed. He showed the audience a key that he had bent and walked over to the people with the spoons. The children were laughing and grinning. To them, they were playing a game. The adult faces carried the stern look of work. The man walked about, looked at the spoons.

"Look, look," he said, "nearly all of the children's spoons are bent. Look. Here. Here. There. This always happens. The children are open to their powers. They believe."

The children held up spoons that bent, curled, and drooped. Mary looked from the television to the spoon in her hand—as straight as when she had begun. She was disappointed. She wanted to bend that spoon. She felt the act would prove something she needed proven: life is full of possibility.

As she continued to gaze at the spoon, the man began to demonstrate telepathy. He secretly drew five different symbols and then selected one of the five to draw again, mentally conveying the selected symbol to the audience. Mary knew what he would draw the moment he decided to draw it—a star. She heard him decide. He'll draw the star, she had thought, and he did. She wasn't surprised; she believed in the power of the mind, the distances beyond the boundaries. More than anything, she wanted to bend the spoon. She had told Melvin about it, and he had laughed, but she didn't pay him any attention. She simply continued trying. Whenever she was alone, she would pick up a spoon, gaze at it, her eyes squinting, her forehead furrowed from serious concentration. Sometimes she stared so hard, for so long, that her eyes would finally blur and cross, and for a moment, she would think she had succeeded.

Mary set down the catalog she was holding and finished buttering the toast, shaking her head at Melvin as he put the magazine on the table near her plate.

"Are you still on that, Melvin?" she asked. "Why is it so important to you?"

"I told you there had to be some explanation," he said. "And there it is." He nodded toward the magazine. "In black and white."

That's exactly how Melvin liked it—in black and white. He was an accountant, a meticulous man. He liked his world unwrinkled. His vision never traveled beyond, and to Mary he was the sweetest man who never knew how to dream.

"Can't let it go, can you?" she asked. She took her place at the table and picked up her spoon, holding it before her.

Mary sipped her orange juice and licked her lips, squeezing the sweetness between them. "There are people who are referred to as skeptics, Mel," she said. "No doubt your article is written by one of them."

"Skeptics exist for good reason." Melvin bit into a piece of toast and crunched steadily.

"So do optimists," she countered.

She had always attributed his inability to dream and reach beyond to his father dying when he was a little boy. His attraction to numbers, she thought, derived from his belief that his mother had spent beyond her means as a single parent with four children, always trying to keep up appearances.

"We always had silver spoons," Melvin had said, "and never enough to eat."

When he had tutored Mary with her math homework in high school, where they first met, he always told her, "Numbers are the real deal. They keep you grounded in reality."

He crooned over the straight columns and decimals. She, on the other hand, was a word person, drawn to dreams, visions, and the rhythms of time. Together they were balance and compromise.

"I will bend this spoon, Melvin," she said, finally dipping it into the sugar bowl. "It's just a matter of time."

With that Melvin picked up the magazine and began to read. "Listen to this. This is how it's done. You take the spoon in both hands and bend it when no one is looking, hiding what you've done until you're ready to bend the spoon with your paranormal powers. You bring up the spoon, holding it so the bowl looks straight, and you point it toward the audience."

Mary put down one catalog and picked up another, as Melvin continued.

Looking very satisfied, he put down the magazine and reached for another piece of toast.

"That might be how some do it," Mary conceded, "but others do it naturally, with that eleventh per cent of the brain that we don't use. I saw it with my own eyes—a whole group of children. It's called telekinesis. Do you think someone gave those instructions to every child in that audience who succeeded?"

"It was television." Melvin smirked.

"Why does it mean so much, Mary? Why is it so important?"

"Possibility?" he said. "Change? I thought we were happy. I thought this was our time for relaxation."

"Of course I'm happy, Mel," Mary said. "You know that. But I've been thinking more along the line of exploration. We can do whatever we want. Think about it."

He shook his head. "I don't know. I don't know where you're going with this."

He looked at her. She had even had her long brown hair cut to shoulder length. He liked it, the hair soft in his fingers, but it was…different.

She knew that Melvin worried, with the children gone, and her going off on her own, creating a new life. He finished his toast without talking, watching the spoon in her hand.

When Melvin returned home from work that night, Mary was still gone, registering for her classes, meeting with some women's group. The light left on in the living room cast only a dim shadow, and the quiet of the house crawled over him like an itch. He scratched his head and turned around, aimlessly. The ticking of the wall clock was an echo in his ears. He wandered into the kitchen. Usually Mary would be there, fixing their evening meal, with a pan on the stove, a pot in the oven. Her spoon would be sporadically clanking against some bowl.

He looked at the dish drainer and absent-mindedly reached over, picked up a spoon, clean and sparkling, the silver flashing. He held it up and caught a glimpse of himself, alone in the kitchen. He looked like a ghost. He hadn't planned for this moment in life, a time when things could change, and he was suddenly struck, amazed that he had somehow overlooked it. He had never thought ahead to the children leaving home, to Mary starting a career. He had never thought that he, too, could rearrange his own possibilities. He had never thought…

Melvin did have dreams once. When he was little his father had begun to build a sail boat, but he died before he finished it. As a teen Melvin had decided he would one day build a boat too, started to peruse books on the subject. But I'll finish mine, he had thought, and I'll live to see it float. He never did; he never even began. First, there were the kids, then his job, fix-it projects and lawn work. He glanced at himself in the spoon again, and then he stared at it, trying to hope it into bending between his fingertips.

Forty minutes later, with the spoon still in its original state, and Mary still not home, Melvin's hand started to tremble, and he suddenly felt anger surge in him like a silent geyser finally ready to explode. He felt bitter regret—that for Mary dreaming was so easy, that it never even entered his mind. Meanwhile, she was packing for her journey to some new where. He started to panic, his hands shaking even more, but he looked at the spoon then, and his body stilled. There it was, between his fingers, drooping toward the tabletop—bent.

Melvin stared at it in disbelief, almost forgetting to breathe, and then he gasped, took a deep breath. For the first time in decades, he felt what he thought Mary must feel, just as she had said—possibility. He set the spoon down on the table, looked at the clock one more time, and then, still startled, stunned, went upstairs to bed.

When Mary got home, she went to the kitchen for a glass of water, and as she sat down, she saw the spoon—bent, laying in the center of the table. She smiled, picked it up, put it back down.

Upstairs, she went to their bedroom, undressed, and crawled into the bed beside Melvin. She snuggled up to him, lightly rested moist lips on his ear.

"Mel," she said, thinking he had bent the spoon with his hand, as a joke, "I thank you just for trying."

She curled herself against him then, slid a hand softly between his thighs, stirred him. He rolled over, a grin on his face, and gathered her in his arms.

‹ "Sirens," by Christopher Lowe up "Wager," by Jeannie Galeazzi ›