"Working the Vineyard" by Hilary Masters 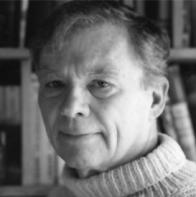 Hilary Masters is a native of Kansas City, Missouri, and he lives in Pittsburgh, PA. His third collection of essays, In Rooms of Memory will be published by U. of Nebraska Press in 2009. A third collection of short fiction, How the Indians Buried Their Dead will be published by Southern Methodist Press in 2009 also. He is the author of nine novels and a family memoir Last Stands: Notes from Memory.

Evidence suggests that Montaigne dictated many of his early essays to a scribe and this information changes the image of him, alone in his tower, giving birth to the personal essay in solitary labor. Further, it's been suggested that the casual, conversational tone of his essays, a style many of us strive to emulate, is the result of his talking them to a note taker nearby, and that the famous interruptions in their meditations — "I digress" — might merely have been utterances made to himself but dutifully taken down by his amanuensis — caesuras occasioned when his rumination encountered a side of his tower study.

We are told that James Joyce dictated much of Finnegan's Wake to the young Samuel Beckett in Paris. Joyce was losing his eyesight. An apocryphal account has a morning's work interrupted by a knock on the door of the hotel room. Joyce told the person to come in — perhaps something from room service — and the pair continued their activity. That afternoon, as per their routine, Beckett read back the morning's dictation to his mentor for Joyce to hear and revise.

"Just a minute," he was supposed to have said. "What was that line? Read it again."

Joyce thought for a moment and then said, "Leave it in."

Often we say something we wish we could take back, revise for pertinence or grace, and, happily, no one trails us to make these gaffes part of a permanent record. Of course, technology has made it possible to record the creative musings of gangsters and corrupt politicians, though it is doubtful that these narratives will fructify future thought. At the same time, if ordinary society could wear a wire, perhaps some of the verbal cruelties and small-time assassinations that occur daily in the back alleys of our lives might be exposed and bleached and rinsed away.

But to return to the tower in Gasconne, say around 1570, Montaigne is pacing up and down, chatting to himself and the ages with a young scribbler in his footsteps. From time to time, Montaigne might pause to take down one of the thousand volumes of his library that stands against the room's outside wall — maybe something of Seneca's. He flips through and then says, "Put this in, 'Speech aids truth in so far as it is unstudied and natural.' "

The Seigneur of Montaigne — his family name was Eyquem — liked to walk, and he once proposed building a long gallery that would connect his tower with his wife's tower at the opposite end of the manor's back wall. So, it might also be said, that the structure of this new art form had an ambulatory influence that matched the discursive nature of his mind. In time, he apparently caught on to this unique style, perhaps as he read over what the scribe had taken down, and he reproduced this "voice" in the later essays as he sat at his desk, now by himself and quill in hand.

It was not uncommon for such a family as his to have an in-house scribe on the payroll along with the staff of butlers, maids, chaplains, cooks and butchers — the usual retinue of the landed gentry. These secretaries recorded business deals and contracts, political transactions, correspondence, and some even took notes for a presumptuous memoir or two. They were usually young men from good families with some education, even some Latin and Greek, who sought room and board as they waited upon their fortune. They made up a large cadre of witnesses to the quotidian of the period, which their stenography preserved. We don't know how many Montaigne might have employed or even their names, but one young man acquired a peculiar identity by his theft of several early essays after he had copied them down. Montaigne only casually mentions the theft in a subsequent essay, and his attitude provokes one of the tantalizing mysteries in his history.

The Essais, as we know them, did not begin to be published until 1581, so in the 1570s, they were unknown and without any value as literature or even as a curiosity for the thief to trade. True, Montaigne was to become an overnight sensation, and his essays read and their ideas copied (see Shakespeare's The Tempest to cite one instance), but only after their publication by Simon Millanges in Bordeaux in 1581. So, why did this scribe steal several of them ten years earlier and, more interestingly, why didn't Montaigne rewrite or redictate them from memory? He knew what they were about, but they do not appear in the published editions. We know their subject — Montaigne's knowledge of contemporary armaments, and, as a noble privy to Henry III, his information may have been special.

It might be guessed where my novelist's speculation is headed at this point. Could Montaigne have been mulling over in these dictations some development in weaponry that the scribe thought he could sell to Henry Navarre or even to the English? Perhaps Montaigne knew about some improvement in cannons, a breakthrough in artillery that made the weapons more accurate. One hundred years before, in the neighboring town of Castillion, the Brothers Breue blew the English off the field and out of France with their artillery barrage. So, the design and use of big guns was a compelling fascination at this point in history. Could it be that Montaigne dropped some classified information during a morning's ramble, and the scribe had recognized the secrets as coins in his purse? The essayist also realized his mistake and never repeated the information.

Or maybe the theft had a personal motivation; say, a pique over thin soup or to avenge the sting of his master's wit. Then Montaigne may not have rewritten these pieces because he took their theft as serious critiques of them; their theft revealed their lack of value. He was to write that the essays were worth more to the thief than they were to him, but was that only a show of his modesty, a proof of his stoicism?

Perhaps once stolen, he felt their character had been compromised, their innocent thought besmirched. Children stolen and returned, return with a dark secret or two always locked up in the basement of their terror, never to be released into daylight, and parents will always regard these children differently because of this silence. So it is a wise semantic evolution that derived the word plagiarism from the Late Latin plagium, which means a kidnapping, for to have one's work stolen and claimed by another bears a similarity to the loss of a child.

You experience the shock of discovery of the theft; then sorrow and a sad recognition that your pleasure in the original has been tarnished by the perfidy of the taker. I speak from experience. A novel of mine was appropriated by another some dozen years after its publication and, admittedly, what is the most galling is the acclaim this plagiarism received. On the other hand, the additional polishing may have improved the original work and deserved the prizes.

I wonder how much our literature is at risk by the borrowings young writers make on a weekly basis from each other in the hundreds of university workshops in this subject termed creative writing. The material that emerges from these busy centers is competent but homogenized; most is without distinction and with a stamp of a commodity upon them. The popular wisdom is that these institutions create communities of writers, a retreat apart from the interruptions of the day-to day-world. It is a question whether this continuous sharing of material and ideas makes for an agreeable plagiarism to produce a common denominator that has altered the robust and often eccentric nature of American literature. We are no longer self-taught but have become well mannered.

The figure of the writer alone with his muse — enforced by the notion of Montaigne in his tower — has been supplanted by a group seclusion withdrawing into the remoteness of academia. Here, work is shaped and fashioned by committee; character motivations and plot are reviewed by an assembly. It is an orderly asylum. Actually, Montaigne climbing the corkscrew steps up to his tower study, with or without a scribe at his heels, was not removing himself from his world. His tower was busy and noisy; a place of business as well as art.

Hugo Friederich in his copious biography reminds us that Montaigne was a farmer, and that the estate he inherited from his father cultivated the grape and made wine. The Romans had introduced viticulture to this part of their province of Gaul, and in the 16th century wine was the principal product as it is today. As today, farming was hard work, and its rewards uncertain due to elements beyond the farmer's control.

From the three windows in his tower study, Montaigne kept an eye on the work in his fields, the management of his estate. The wine press was just across the inner courtyard, and the groan of its industry could not be escaped. Servants came and went with reports and requests, with messages from Madame or from Henry III or rumors of discontent in a peasant village below the manor house. All these interferences which summoned his attention as he composed such gems as "The Art of Conversation," suggests his extraordinary concentration; but they also might have contributed to the greatness of his new art. Each subpoena reminded him of his commonality, of the unique requisites of his day. The work of the vineyard enriched the work in the tower.