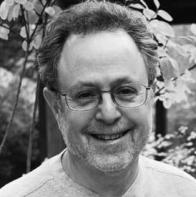 Floyd Skloot is a creative nonfiction writer, poet, novelist, and critic. He has published fifteen books and won three Pushcart Prizes, a PEN USA Literary Award, a Pacific NW Booksellers Association Book Award, two Oregon Book Awards, the Emily Clark Balch Prize from Virginia Quarterly Review, and a Glenna Luschei Award from Prairie Schooner. He was a finalist for the Barnes & Noble Discover Award in 2003, for his memoir In the Shadow of Memory, which was also a finalist for the PEN Award for the Art of the Essay. His work has been included in The Best American Essays, Best American Science Writing, Best Spiritual Writing, Best Food Writing, The Art of the Essay, and In Fact: The Best of Creative Nonfiction, among other anthologies.

A week of rain has brought the hillside
down. They watch from the washed-out
road as their house shudders, slumps
over its open front door, and lowers itself
into the flow, turning from their gaze
like a shy bather. Now a great white oak
that shaded three generations born there
to river life follows the buckling land down.
Its long roots brush the eaves in passing.

They had always understood the language
of storm, knew what cracking foundations,
tilting decks, or the sudden gush of buried
springs meant in a place dry since late June.
They grasped the implication of sodden limbs
visible through widening gaps in the living
room wall. But even when the first windows
bulged and sang with tension, the back door
jammed and power lines snapped, small breaks
in the clouds were enough to keep hope afloat.
Tonight's forecast is for a gradual clearing
and cold winds coming from the east.

She calls to him
as she has called to him
for fifty years, without words,
with a sound only he can hear.

She calls to him
as the land has always called,
and the bees before their return,
the wind, the steady light
at this time of year.

He listens to it all,
cleaning his glasses
because hands need
work, because there is nothing
he must see at the moment.

He keeps his careful distance,
turned from her gaze,
calling back to her in the silence
only she understands,

considering the hazy future
as everything around them
leans into its history of storms,
trees twisted, ground scoured,
house and barn braced
against what may come.

It is both spring and summer here
where we have stopped, halfway home.
Lupine blues the hillside still capped
in snow, the air braces as it warms
between drifting clouds, and a late
afternoon squall brews to the west.
We walk to the fence and stretch.
Calves bolting from our shadows lose
themselves in the sheer joy of play.
We can almost touch a rippled ridge
of Ponderosa Pine that could be five
miles away. Now the light we saw leave
the tops of those trees flows downslope.
It seems to stagger across a fold of land,
then ripple through the grass on its way
to find us where we stand together.