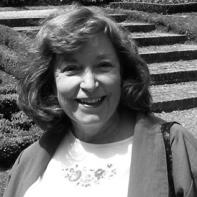 Barbara Crooker's poems have appeared in many journals such as Yankee, The Christian Science Monitor, Smartish Pace, The Beloit Poetry Journal, Nimrod, The Denver Quarterly, The Tampa Review, Poetry International, The Christian Century, and America. She is the recipient of the 2007 Pen and Brush Poetry Prize, the 2006 Ekphrastic Poetry Award from Rosebud, the 2004 WB Yeats Society of New York Award, and others, including three Pennsylvania Council on the Arts Creative Writing Fellowships, twelve residencies at the Virginia Center for the Creative Arts, and a prize from the NEA. A twenty-six time nominee for the Pushcart Prize, she was nominated for the 1997 Grammy Awards for her part in the audio version of the popular anthology, Grow Old Along With Me—The Best is Yet to Be (Papier Mache Press). Radiance, her first full-length book, won the 2005 Word Press First Book competition, and was a finalist for the 2006 Paterson Poetry Prize.

It was nineteen sixty-eight, The Summer of Love;
patchouli and marijuana hung in the air, a murmur of love.

We came to San Francisco in a Volkswagen Bug,
rust-red, my heart, back-beat drummer of love.

I wore a peasant dress, my hair hung down my back;
you'd let yours grow into an Afro, sideburns, latecomer to love.

I thought "forever" meant it, that we were only tourists
at the Be-In, didn't see your eyes rove. A bummer, this love.

We became a statistic, clich, another marriage gone bad.
I raised our daughter; you had a number of lovers.

My life, a rainbow fish hauled up on hooks and barbs, dulled
and dimmed. Cast-off old tie-dye, could I have been dumber, in love?

It was November, when my middle daughter
descended to the underworld. She fell
off her horse straight into coma's arms.
He dragged her down, wrapped her in a sleep
so deep I thought I would never see her again.
Each day, the light grew dimmer, as Earth
moved away from sun. I was not writing this story;
no one knew the ending, not the neurosurgeons,
not their fancy machines. Her skin grew pale,
the freckles stood out like stars, and every
twenty-four hours she was further away.
I called and called her name, offered to trade places,
ate six pomegranate seeds, their bleeding garnets
tart on the tongue. Her classmates took
their SATs, wrote their entrance essays. She
slipped down into the darkness, another level
deeper. I was ready to deliver her to college,
watch her disappear into a red brick dorm, green
trees waving their arms in welcome. Not this,
season without ending, where switches changed
the darkness to light, and breath was forced
through tubes and machines, their steady hum
the only music of the dim room. The shadows
under her eyes turned blue-violet, and pneumonia
filled her lungs.

And then, one morning, slight as the shift
from winter to spring, her eyelids fluttered,
and up she swam, a slippery rebirth,
and the light that came into the room
was from a different world.

I
In French, it is la dentelle, which has nothing to do with teeth. Yours would never
be featured in a glossy ad-crooked, the color of old ivory, but they're yours,
part of the body's sweet ruin. The same shade as the linen thread used to make
Point d Alenon in ten complicated stages, twenty hours to fabricate each inch.
This was the lace that enchanted Versailles. All those threads weaving, looping,
tracing a pattern which was sometimes hidden, often impossible to see clearly
until the end. Only a senior lace maker could blend the work of many hands
into a seamless whole that nothing could pull apart.

II
You and I have traveled many roads, like the one that led to the coast
of Brittany, where we ate oysters, drank cold white wine by the sea, then made
love at night with the window open. Another was dark and hung with trees;
we rode in separate lanes in the same car. Yet another led to the cherry
table, the whole family together, a turkey steaming brownly on its plate.
These roads twist and turn, part of a pattern we don't have the distance
to see. Every road we've taken, even the time apart, is part of our story.

III
Needle lace is the height of lacemaking. Every time you touch me, you add
another curve to the motif. The pattern, usually a rose, is designed on vellum,
reinforced with tissue. I've planted roses in every house we've lived, picked
off leaves with black spot, drowned beetles in a jar. A single bud blooms
on our kitchen table. The lace maker embroiders the flower's outline
with silken cord to add relief to the work. You edge my perennial borders
every April. Then the interior is filled in with a finer thread, a variety of stitches.
I seldom cook the same meal twice each season. Spring means salmon and sweet
peas; summer, tomatoes and basil; fall, roast pork with garlic and cauliflower;
winter, sausage and white beans with rosemary. A fine handkerchief medallion
takes three days work. A good marriage takes us to the end of our days.
To produce larger pieces, all the medallions are sewn together with a thread
so fine, it can only be detected by expert eyes. Stitch by stitch, our lives
have been joined now so intricately, only death will snip the final thread.
The invisible stitches interlock, and the pattern reveals itself,
roses flowering in endless summer, suspended in a fine white net.