"The Panacea" by Luisa Villani 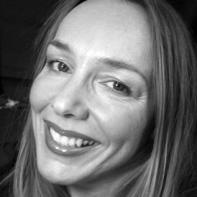 Luisa Villani is the recipient of a Pennsylvania Council on the Arts Fellowship in poetry, an AWP Intro Journals Award, and an Academy of American Poets Prize. Her work has appeared in The New England Review, The Literary Review, Prairie Schooner, Hayden's Ferry Review and other literary journals. Her book, Running Away from Russia, was chosen for the Bordighera Prize by W.S. Di Piero, and selections from her forthcoming book, Highway of the Mayan Sky, recently appeared in the Random House anthology Poetry 180. She currently is a University Diversity Fellow at the University of Southern California.

Independent of Western Culture, the Maya developed the zero
as number and concept. Emptiness is a way of saving space,

of not losing your place in god's grand design. I imagine
pyramid glyphs flocked by moss, deep in the rainforest,

ancient Mayan priests with cartoon balloons over their heads,
empty as a burp.

And surely, to people fluent in the language of nothing,
the following will come as no surprise:

a donated computer arrived at a certain bureau de derechos
humanos, a little passed its prime, grimy keyboard with

gunpowder-like ghosts pressed across its symbols,
and was promptly put into an unused room

which as it turns out, was not really unused,
just empty, the way a nest remains empty all winter

waiting for its eggs. Anselmo knew this place
as “the room of closed eyes” just as every inhabitant

of the rainforest knew there was a place in the jostling city
for those without a place. Against the gloaming sky

the black weathered doors opened many times, like the cover
of a favorite book. Let's say this book was a secret though,

just to protect the who and when, from the khaki shirts
quizzing patrons at the five-and-ten. Knowing

might indicate you really know something, in the way
all things implicate their opposites, and that innocent

shoulder shrug could earn you a mouthful
of rifle butt. But of course, we all know that never really happens,

just as the empty skull you found in the forest
was not a victim post-demise, but surely a relic

rolled down from a yet undiscovered pyramid, and you should know better
than to put artifacts in zip-lock bags as if you were taking

them home, when they have a home already in the museo
nacional. At a time like that agreeing with the paucity

of plausibility and handing over what little you know
can save your life, and nothing can kill you,

from the now vacant skull. Faced with an emptiness of that fashion
it's easy to find your place in life's candent fictions,

just as it was easy for Anselmo to decipher zeroes and ones
into a language older than electricity. He sat before the glowing screen

with six of his friends, and explained some of his ancient astronomy to me
and why computer language made sense; it was based on what was

and wasn't there. That was when I knew
intelligence lived in the bones

and repeated itself, the way saplings repeated the elder
they someday would outgrow. He explained the “you” you were

(you), and the “you” you were not (your shadow), and how
these two met exactly twice per year, when the sun

shone directly overhead. I called it a cycle, but he corrected me
holding out a fresh tortilla, folding it, then

letting it spring open. “No dividing time. Only people.”
He handed me a green bottle of soda-his cure for every

ailment-and encouraged me to belch, to release
the internal “evil spirit.” If I could have released the “I”

I was not at that moment, it would have boomed
like the explosion of something huge stuffed in a narrow barrel

suddenly released at true velocity. I shoved a tortilla
in my mouth instead. I held that crust in my shaky hand:

were as simple as two sides of the same tortilla
and as dumb as hunger.

‹ "Vinland" by Lori Lamothe up Three poems by Mark Irwin ›