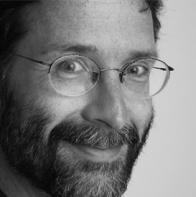 Brian Doyle edits Portland Magazine at the University of Portland, in Oregon "the finest spiritual magazine in the United States," says Annie Dillard, clearly a woman of discernment. He is also the author of nine books of essays and poems. His work has appeared in Best American Essays, The Atlantic Monthly, Harper's, Orion, The American Scholar, and magazines and newspapers around this bruised & blessed planet.

The greatest party ever was the Welcome Home Dick Queen party, at the height of summer, a long time ago now, two weeks after Dick Queen, who was all of 28 years old at the time, was released by the wild-eyed Iranians who had kidnapped him and 65 other Americans in November 1979. The Dick Queen party was everything you could ever want in a party — slightly too much to drink, melodramatic but harmless fistfights, people making out in cars and closets, a guy driving a car onto a porch, a cop arriving to break it up but staying and having a beer and eventually walking away laughing, and it didn't end until two days later. The only thing it was missing was a horse. Somehow a horse always makes a party better for reasons that are murky.

Anyway Dick Queen was released in July of 1980 after the Iranians noticed he was getting really sick. They were nuts but they weren't crazy, and they realized that a dead hostage would be bad television for the glorious revolution, so they let Dick go, but thirteen other hostages had been released before he was, so when he arrived back in the States it wasn't an especially big deal. This bothered my friend Jack, so he and his wife Susie decided to have a hell of a party for old Dick Queen and even invite him, all expenses paid, which they did, or at least they said they did.

The party started a lot earlier than it was supposed to because Susie, as she was painting a bedsheet with the words WELCOME HOME DICK QUEEN!, dipped into the party favors, and that sent Jack over also, and a few friends dropped by early to help set up, and they all got going too, so the party was roaring long before I got there after work on Friday. By sunset there were more than a hundred people throbbing in the little courtyard where they lived. It was a dense hot night in July and their apartment complex was right by a huge river so you could hear boats and owls all night long. By midnight there had already been a fistfight, so people were talking about that, and also two girls had slapped each other, a cold shocking awful sound, and then a guy no one knew showed up with a case of excellent wine. The cop showed up around two in the morning, and right there the party teetered on the edge, it could have shriveled and gagged, as so many parties do when the law frowns, but to everyone's surprise the cop totally got into it, because his cousin was in the foreign service, so when he ceremoniously accepted a beer from Jack a roar went up in the courtyard. That was the moment when the Dick Queen party started to be the greatest party ever. Another roar went up at dawn when the cop left, smiling and shaking hands as he made his way through the crowd to the courtyard gate. The bedsheet hung way up over the gate and the cop, a tall guy, reached up and touched it respectfully as he left, the way you would touch something holy.

When the sun came up people started making coffee but the party had its sea legs under it now and there was a good deal of whiskey in the coffee. A couple guys went to the bakery and bought everything and handed out rolls and pastries. People started drinking champagne with orange juice and the party revved up again, and new people kept arriving as others went home to sleep, and some people went swimming in the river to wake up and some went to sleep on the beach. By late afternoon the grill was going full blast and some guys with guitars and amps showed up and at sunset there was another fistfight, the kind where the combatants end up hugging and weeping, and then a rumor swept the courtyard: Dick Queen was coming!

Well, Dick Queen didn't show up, of course, I mean the poor guy was probably in a hospital somewhere, but the buzz was good for hours, and the party cruised smoothly into Sunday morning. The cop came back, off duty now, and he got drunk as a lord. Some of his cop friends came, and some new girls, and people came back who had gone home to sleep, but it was the most searing hot day imaginable, and finally the heat won and the party ended. The last thing I remember from the glorious Dick Queen party was a bedraggled Susie sweeping up broken glass on the porch and Jack snoring on the couch and Springsteen on the radio so loud you could see the music quivering in the air.

I kept an eye on Dick Queen after the party and he was a most interesting guy. He had endured the first three months of his imprisonment in a windowless basement room, and then his kidnappers let him go upstairs in the embassy, where he built a library for his fellow hostages and spent his days reading quietly until they let him go because they noticed he was getting dizzy all the time, which dizziness turned out to be multiple sclerosis. When he got home to the States he traveled around visiting the families of the other hostages until finally all the prisoners were released a year later. He then went back into the foreign service, which tells you something cool about the man, and he spent the next fourteen years in service even as his body failed and the divorce train hit him and eventually he died, only fifty years old.

Every time I saw his name go by I listened for what people said about Dick Queen and again and again the same words appeared: warmhearted, excited, patient, curious, never bitter, never the slightest rancor. It happened to me but I won't let it get to me, he said once, a line I never forgot. Also a lot of people noted that he was tall, so sometimes when I am having a dark day I imagine that Dick Queen did come to the Welcome Home Dick Queen party, a long time ago by a river late at night, and there was a tremendous roar, and he made his way through the party shaking hands shyly, and someone handed him a beer, and as he stood smiling under the bedsheet with his name on it in huge black letters he reached up and touched it for a moment like it was the most holy and amazing thing there ever was.