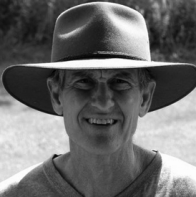 Samuel Pickering is a Tennessee native who teaches English at the University of Connecticut. He has written 21 books, including academic studies, travel books, and collections of familiar essays. His most recent books are Edinburgh Days, an account of months spent in Scotland, and Autumn Spring, a collection of essays. He is now working on A Tramp's Wallet, an account of months spent wandering Australia and New Zealand. This will give him a trilogy on Australia, something, he says, sounds very high falutin.

Student Editor, Asonta Benetti, had a chance to talk to writer Samuel Pickering. She says about the experience, "I was first introduced to Samuel Pickering through pieces of his book Indian Summer. Almost immediately, I knew he was a different type of writer. His originality and refreshing observations make his work pleasingly addictive. I devoured his books Indian Summer and Edinburgh Days, and Or Doing What I Want along with independent essays. His writing continues to charm me. His style is unique and relaxed, almost like sitting on a porch and having a friend talk to you. That what makes Pickering so relatable; he is anyone and everyone but he is always himself. Being able to interview him was one of my greatest honors."

Superstition Review: In Edinburgh Days, Or Doing What I Want, you said the book "grew by happenstance and the meanderings of mind and mood" because you had decided against doing an official project. Did you find it more satisfying to write something that wasn't structured and planned? Why or why not?

Samuel Pickering: Yeah I did, because I couldn't think of a plan, what was I to do? (laughs) I did start out with a plan but my son was doing a senior thesis in college on something very similar, so I deleted the ninety pages I had written. But with personal essays, there is a lot of meandering and I can always find something to write about, a dead bug on the floor, something. The only problem with a plan is that you begin to count pages, worrying that you have enough. I thought it was easy to do. I limited myself though, I didn't leave Edinburgh, I didn't accept invitations to dinner, and I did it on the cheap.

SR: Do you think you would ever return to Edinburgh to actually work on the nature writers project you originally wanted to do? Is there another city you would like to research in and why?

SP: No. I'd love to go back to Edinburgh and have someone put me up in a hotel and spend more time there. But that's not going to happen anytime soon. (laughs) I don't know where'd I want to go. I'd like to go to Carpentaria, along the northern coast of Australia and wander around there, but I don't think I'll get there. This will be the fourth travel book I've done and I'd love to go back to New Zealand, but I'm not sure I will.

SR: In Edinburgh Days, you talked about the advantage of being alone and invisible in Edinburgh, about being able to truly experience the city without agendas or interruptions. Did you feel it enhanced you creativity or hindered it? Why?

SP: Well, I don't know. When you reach my age, people don't notice you and it makes you anonymous. It does give you a kind of freedom, but I don't stay that way long, I always have to talk to people.

SR: Although you have been courted by big name publishing houses, you've stuck with university presses with smaller royalties. Why?

SP: No royalties, most of the time. Very small. Why? There's no real reason for it. Years ago when all these people wanted to be my agent, I went along with the foolish idea that I could manage my own affairs. Now, I don't make any money off my writing, but that's alright. And I think it's just habit, I started using universities and it became a habit of mine. Then you get to a point when the money just doesn't matter as much anymore.

SR:Robin William's character in Dead Poet's Society is based on you and your teaching style. Were you involved in the film process? How does it feel to be honored in that way?

SP: (laughs) That was such a long time ago, sometimes I don't believe it happened! I really had very little to do with the whole thing, I just happened to teach the young man who went on to write the movie. But it was so long ago, I can't remember what I was like, I was only 24 years old when he was in my class.

SR: You are recognized not only for your writing but for your teaching as well, as evidenced by the film. You speak of teaching often in Indian Summer. How has it been an influence on your writing and vice versa?

SP: I tell you what, teaching does give me a great deal of time to wander and that is something that has been very nice about teaching. I wouldn't have been able to do half the things I've done. I also haven't had to conform what I say or conform to someone else's expectations. In other words, it's allowed me to be me. The bad part about writing about it is that life is one long, comma-filled, bad grammar sentence and you have to condense it into short sentences. We shape lives into short, declarative sentences and that's just not the way life is.

SR: You have taught and researched in several different locales, including Jordan and Syria. How have those experiences changed you?

SP: I loved it. I think what changed me is that now I don't believe a word of what the American newspapers say about Syria or Jordan. I loved Syria though, best time of my life. We were the only English speaking people in the town.

SR: Your writing style is comfortable and conversational, reflecting on daily occurrences. How do you tailor your writing process to capture these moments? Do you write every day or all at once?

SP: You have to work like hell to get writing like that, let me tell you. I take a lot of notes and then sit down and write. I like spending time wandering about cemeteries, so I did that for a few days and took notes and now I'm writing them all down. I can't write every day, I just don't do that, I write when I have enough to write.

SR: Indian Summer details conflicts you had with students. What do you find is the hardest struggle about teaching modern day college students, especially students in your English classes?

SP: Well, what I find difficult right now is that they're all so good! (laughs). No joke, I've got a writing class and they're all so good. One of the problems we run into nowadays are students that get an A minus and wanted an A or a B and want a B plus and will just hammer at you. Just keep pestering you. I didn't use to have that but I suppose grades have gotten a lot more important to people. I'm an easy grader though, so I try to intentionally avoid the problem! (laughs)

SR: What project are you currently working on now? Is there something specific you'd really like to do but haven't had the chance?

SP: Right now I'm working on something that combines a lot of stuff into one packet. Today I'm writing about a station I was at in Australia for ten days, so typing and revising. I think I'm at 62.3% or something like that, it's taking forever. But I've done a lot, I'll be finished by Thanksgiving. There hasn't been anything that I haven't been able to do that I wanted to. There's things I'd like to do but I tend to forget them from one day to the next so it's no bother. (laughs) I've had a really good life, I've been very lucky. I've done a lot of different things and I've been very happy.