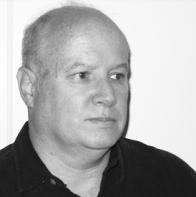 Ten Things I Need to Know

The brightest stars are the first to explode. Also hearts. It is important to pay attention to love's high voltage signs. The mockingbird is really ashamed of its own feeble song lost beneath all those he has to imitate. It's true, the Carolina Wren caught in the bedroom yesterday died because he stepped on a glue trap and tore his wings off. Maybe we have both fallen through the soul's thin ice already. Even Ethiopia is splitting off from Africa to become its own continent. Last year it moved 10 feet. This will take a million years. There's always this nostalgia for the days when Time was so unreal it touched us only like the pale shadow of a hawk. Parmenedes transported himself above the beaten path of the stars to find the real that was beyond time. The words you left are still smoldering like the cigarette left in my ashtray as if it were a dying star. The thin thread of its smoke is caught on the ceiling. When love is threatened, the heart crackles with anger like kindling. It's lucky we are not like hippos who fling dung at each other with their ridiculously tiny tails. Okay, that's more than ten things I know. Let's try twenty five, no, let's not push it, twenty. How many times have we hurt each other not knowing? Destiny wears her clothes inside out. Each desire is a memory of the future. The past is a fake cloud we've pasted to a paper sky. That is why our dreams are the most real thing we possess. My logic here is made of your smells, your thighs, your kiss, your words. I collect stars but have no place to put them. You take my breath away only to give back a purer one. The way you dance creates a new constellation. Off the Thai coast they have discovered a new undersea world with sharks that walk on their fins. In Indonesia, a kangaroo that lives in a tree. Why is the shadow I cast always yours? Okay, let's say I list 33 things, a solid symbolic number. It's good to have a plan so we don't lose ourselves, but then who has taken the ladder out of the hole I've dug for myself? How can I revive the things I've killed inside you? The real is a sunset over a shanty by the river. The keys that lock the door also open it. When we shut out each other, nothing seems real except the empty caves of our hearts, yet how arrogant to think our problems finally matter when thousands of children are bayoneted in the Congo this year. How incredible to think of those soldiers never having loved. Nothing ever ends. Will this? Byron never knew where his epic, Don Juan, would end and died in the middle of it. The good thing about being dead is that you don't have to go through all that dying again. You just toast it. See, the real is what the imagination decants. You can be anywhere with the turn of a few words. Some say the feeling of out-of-the-body travel is due to certain short circuits in parts of the brain. That doesn't matter because I'm still drifting towards you. Inside you are cumulous clouds I could float on all night. The difference is always between what we say we love and what we love. Tonight, for instance, I could drink from the bowl of your belly. It doesn't matter if our feelings shift like sands beneath the river, there's still the river. Maybe the real is the way your palms fit against my face, or the way you hold my life inside you until it is nothing at all, the way this plant droops, this flower called Heart's Bursting Flower, with its beads of red hanging from their delicate threads any breeze might break, any word might shatter, any hurt might crush.

What It's Called
Skocjan, Slovenia

It's called the Shepherd of the Snakes, this black
butterfly with white spots. It's called Heart in a Sling,
this small, heavy flower reaching down towards the earth.

I learned this the other day from a man whose name dissolved
into this limestone earth. Learned, later, that I have been
living directly over the fault line of Mala Dolina,
the little sinkhole, directly over the Reka river that appears
and disappears like a snake in the grass. Eventually,
everything we see commits a kind of suicide. Eventually,

every star becomes a heap of cinders floating aimlessly.
It's nearly 6 PM and I can hear the horses calling from
somewhere beyond the rock wall. You can smell the rain
in the air before it starts to rain, but there's nothing about
the soul's weather we can know until later. It's called
the soul's scar tissue, this distance from the dead.

It's called the borja, the wind that tears across
the stone roofs of this village at a hundred miles an hour.
Beneath me, a people whose names have been lost
for thousands of years took refuge by climbing into
the caves hidden in these cliffs. The floors there are
made of fallen roofs and hopes, broken histories.

It means we are always walking above ourselves down there.
It means we are walking above time. Above me now
Jupiter and Venus echo each other from two corners of
the sky. Beneath them the village graveyard holds the man
who mapped the caves. The dead keep dying within us.
It's like a drowned man's watch that still keeps time.

The early bats are tying the air, the heart, into knots. They
fly on the wings of grief. The late butterfly follows them
over the edge of the cliff where the earth becomes the air
we turn into. It's called mirror vision when we see what isn't
here. The kind of faith that fails at unexpected moments
the way a climber reaches for a hold that will never

in his life, be there. It's called despair
when we open the door of a heart that no longer exists.

I've read the stories. They stalk me like thieves under
a tattler's moon. All I can say is how Odysseus treated me.
I know his stories were like graffiti of light spread
across the harbor's surface. Like you, his author thought
our peace meant weakness, but he didn't. He stepped into

our dreams. On shore he was a stump of naked salt
the sea slapped into the dunes. The sky was hooded,
and then there was no horizon. I thought he was a god.
Naäve, when I brought him home and he lied to protect me,
I hardly knew what was at stake. And the truth is he could
hear, in the timbers of the rotting ships, his own brain

shrinking with age. Everyone is his own mask. I caught
his words with the rainwater in a pail. He never meant
to hurt anyone. He knew that inside each flower another
love waits to be discovered. He knew that beneath each
fallen leaf a war is raging between bands of insects.
History isn't progress — it's just the wind we tack against

only to stay in place. Isn't that what Homer knew?
Isn't that why Odysseus ship carried him home to some
wife, and why it turned to stone back in our own harbor?
Like you, I think he knew what would happen. We are
all statues for what we used to be. There's no reason
at all to tell you any of this, except that your own words

have turned into equations. But then, not even Homer
understood him. Now the trees are gloomy. The guilty
evening puts on its gloves. These last few hours squat
like beggars under a cypress. In the end he wanted to
carry this place away with him in the holds of his ship
as if it were our prized goat cheese and wine. His life

had been all waterfalls and stagnant pools. No book
can tell you what he meant to us. Like us, he carried
his loves and crimes inside his breath. Like us. His words
flowed over me like water from a broken levee, but
there's no way, even now, I can reveal his one great secret.
My own heart is full of wells gone dry. Am I still naäve?

Yesterday will always be entangled in my hair. The world
will always smell of salt. Fog and shadow, shadow and fog,
and yet we all keep questing for the one unattainable
shadow of love we know will always betray us in the end.

There are times when they gather at the edge of your life,
Shadows slipping over the far hills, daffodils
blooming too early, the dark matter of the universe
that threads its way through the few thousand blackbirds
that have invaded the trees out back. Every ending

sloughs off our dreams like snakeskin. This is the kind of
black ice the mind skids across. The candlelight burning down
into the sand. The night leaving its ashes in our eyes.

There are times when love is so complicated it circles
like chimney swifts unable to decide where to land.
There are endings so sad their shadows scuff the dirt.
Their sky is as inconsolable as the two year old, Zahra,
torn from her mother and beaten to death in the Sudan.

There are times when I think we are satellites collecting
dust from one of the earlier births of the universe Don't give up.

Each ending is an hourglass filled with doors. There are times
when I feel you might be searching for me, when I can read
what is written on the far sides of stars. I'm nearly out of time.
My heart is a dragonfly. I'll have to settle for this, standing under
a waterfall of words you never said. There are times like this
when no ending appears, times when I am so inconsolably happy.